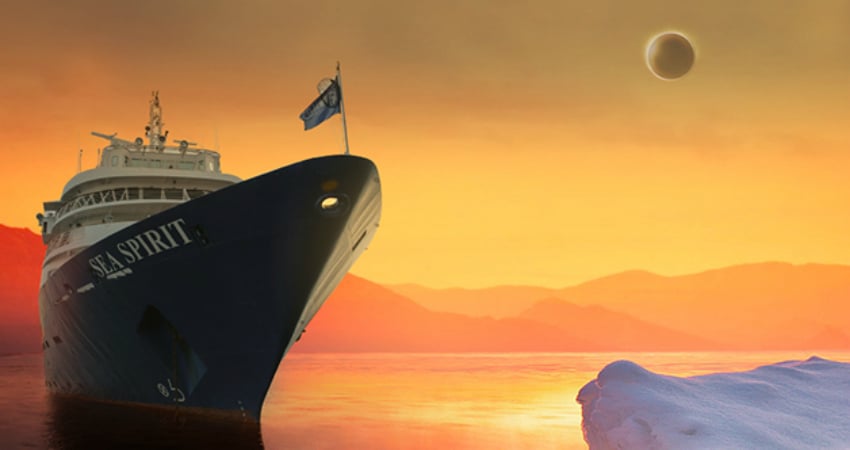 Can you plan the perfect adventure? With expedition cruising, you have the best of both worlds – set dates, accommodation, and a rich edutainment schedule, and, at the same time, room for exploration, discovery, and flexibility. This fluid style of travel takes advantage of occasional or rare opportunities. Witnessing a solar eclipse in Antarctica might just be the most unique of them all. 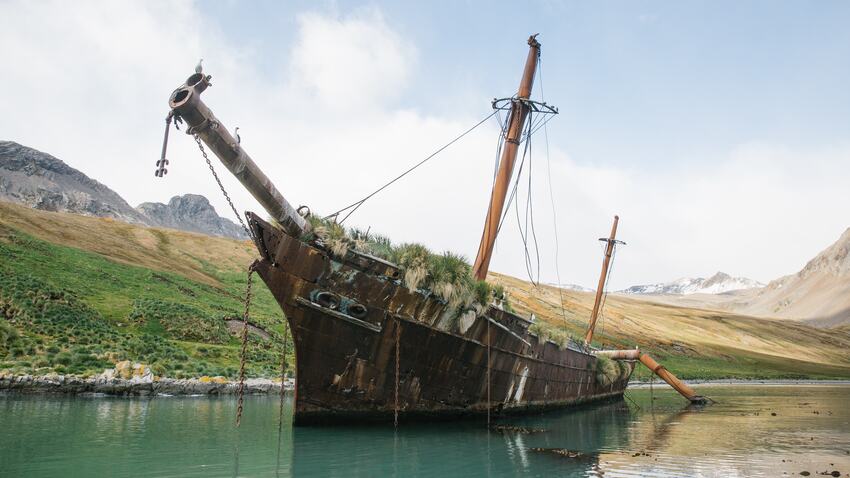 Visit the Most Important Places along the Route of Endurance

Sir Ernest Shackleton’s Endurance expedition (1914-1917) is regarded as one of polar history’s greatest stories of survival and heroism. The name of Shackleton’s ship, Endurance, seems appropriate as he and his men endured incredible dangers and hardships during their time in Antarctica and South Georgia. On an Antarctic expedition cruise, you can comfortably follow in Shackleton’s footsteps at some of the most important places along his historic route.

Whales Likely to Be Seen on an Antarctic Cruise

The Southern Ocean is one of the most biologically rich bodies of water in the world. Constantly stirred up by wind and currents, a steady supply of nutrients contributes to prolific blooms of microscopic plankton, which become so thick in summer they can be seen from space. The plankton is food for prodigious swarms of Antarctic krill (small, shrimp-like creatures), which can reach densities of 30,000 individuals per cubic meter. These, in turn, are hunted by a diversity of marine mammals, including some of the largest predators on Earth.

What to know before going to the Falklands

The Falkland Islands are an overseas territory of the United Kingdom consisting of more than 700 sparsely populated islands in the South Atlantic Ocean. Many people will recall the archipelago, located 500 km off the coast of Patagonia, was a war zone during the 1982 Falklands War between Argentina and the United Kingdom. A day in the capital, Stanley, will certainly satisfy history buffs interested in this tragic conflict, and much else besides. But a visitor to the Falklands should not forget these remote, windswept islands are also one of the world’s premier wildlife-viewing destinations, featuring huge populations of seals, penguins and albatross. Here are some things to consider when .

A guide to the best Antarctica tours offered in 2020-21

Antarctica is now one of the top cruise destinations for adventure travelers and wildlife lovers. You may be thinking about planning your . You may well be wondering, which Antarctic trip should I take? Read on to learn the difference between the various Antarctic trips on offer.

When to Visit Antarctica

The Best Time To Take A Trip To Antarctica

Antarctica is a dream adventure travel destination, but much of the continent’s appeal lies in the time you visit and what you want to see. If you've never been to Antarctica, it might be hard to imagine the continent experiencing seasons, but it does, and each new season brings different highlights.

Here's still a lot of things we don't know about Antarctica. The last discovered and least explored continent of Antarctica holds many mysteries, but the things early explorers and modern-day scientists have discovered are quite amazing.

From alien-finding bacteria to animals tapping into the Earth's magnetic field,  here are 10 of the top scientific discoveries in Antarctica.

6 Reasons to Tack Buenos Aires onto your Antarctic Expedition Cruise 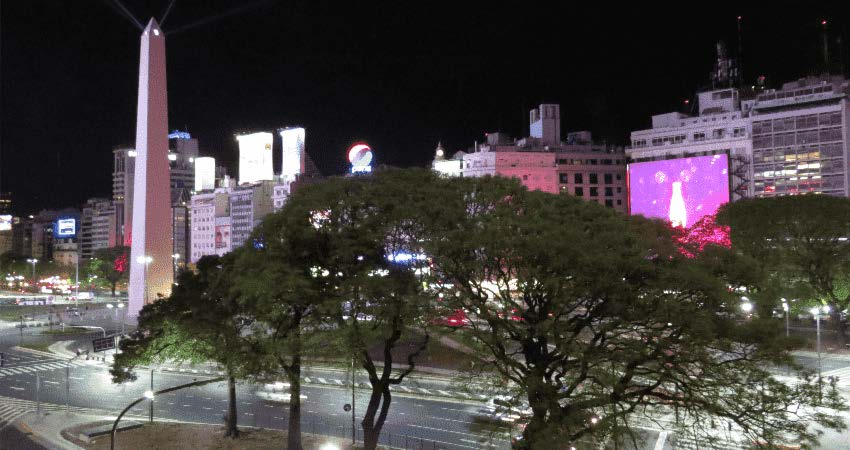 Antarctica often feels so removed from the rest of the world; it is easy to forget that getting there requires going through some other fabulous destinations, too.

Polar expedition cruises to the Antarctic Peninsula, South Georgia, and the Falkland Islands typically embark in one area of Argentina, and sometimes disembark in another, providing the perfect opportunity to include some Argentine sights at the beginning or end of your voyage.

A Front line View of the Falklands and South Georgia

“The stark polar lands grip the hearts of men who have lived on them in a manner hardly understood by people who’ve never got beyond the pale of civilization.”

After two days at sea from Puerto Madryn, Argentina, we make a morning landing to observe birds near a small settlement on Carcass Island in the Falklands. The number of species in the Falklands (over 200) is impressive. These islands, we’re told, have more striated caracaras, slender-beaked prions and pale-mantled sooty albatrosses than anywhere else in the world.