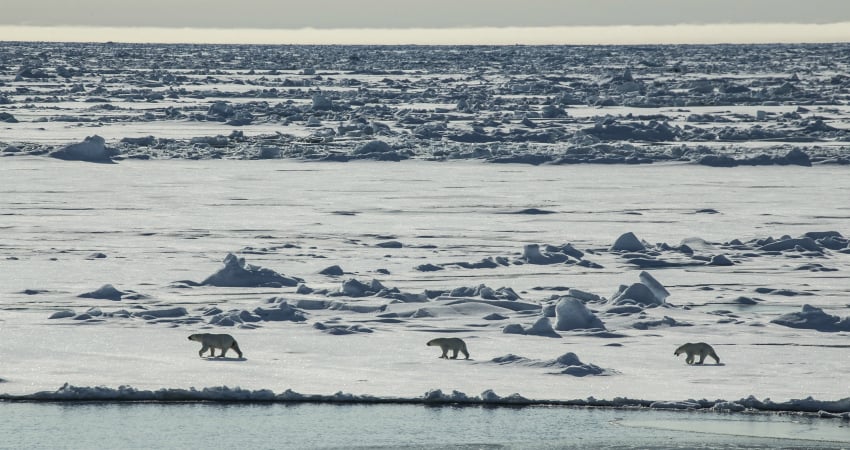 We are so used to the concept of there being two unique points of the globe where all time zones and Earth’s axis meet – the North Pole and the South Pole. From the wake of expeditions and tourist-accessible cruising a century later, those two spots have been the sole purpose of many legendary quests by famous explorers and intrepid travelers.

But did you know that in the Arctic alone, there are actually four different North Poles? The first and most renowned one is the geographic North Pole which lies in the central part of the Arctic Ocean, the point we are all used to thinking when the subject is brought up. But there is also the North Magnetic Pole, the Pole of Cold, and the North Pole of inaccessibility. Read on to find out more about each of these special spots in the polar regions and take a short historic tour to how the geographic North Pole was first conquered.

The North Magnetic Pole is a wandering point on the Earth’s surface where a compass always points straight down. It means that the planet’s magnetic field is oriented vertically downwards. In 2015, this point was located on Ellesmere Island, Nunavut, Canada. This spot is constantly moving on a geological time scale, but at a very slow pace, so our compasses remain accurate enough for navigation. A bizarre fact about the North and South Magnetic Poles is that they abruptly switch places every several hundred thousand years. 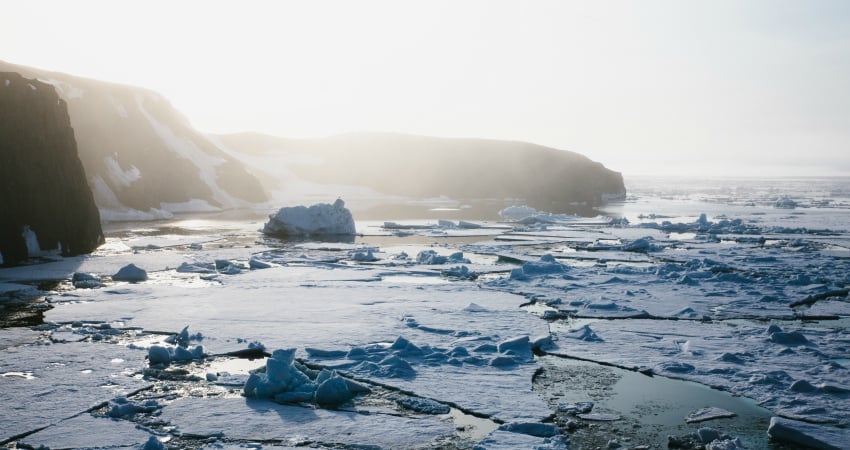 The Pole of Cold

The North Pole actually is not the coldest place on Earth. During the season of expedition cruising, which is late July and August, the weather is actually pretty comfortable there, even so, that some dare and take the plunge into the icy Arctic waters. If we were to study meteorological maps, we would see a spot marked as the Pole of Cold. It is located in the Yakut settlement of Oymyakon of East Siberia. Around 500 people call this place their home despite the long severe winters they experience each year. In February of 1993, a temperature minimum of -67,7 °С was registered here. To date, this is the coldest place on Earth. 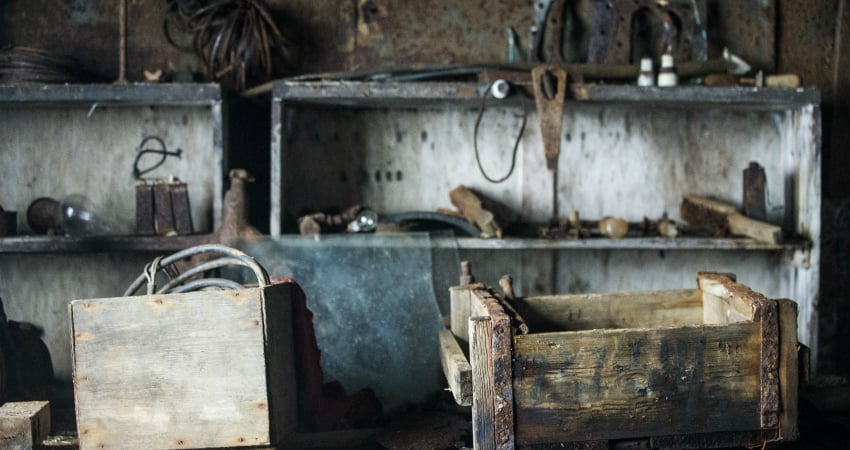 The Pole of Inaccessibility

The North Pole of Inaccessibility is the most remote point of the Arctic, as far from land as possible wherever you look. It is almost 600 km away from the geographic North Pole. It is considered to be inaccessible being so far away from the mainland and any settlements. The first-ever expedition to reach this point was the “USSR-N-169″ led by Soviet explorer Ivan Cherevichny in 1941. In 1986, an expedition led by Dmitry Shparo even managed to reach the Pole of Inaccessibility on foot during the polar night.

This point is defined as the point in the Northern Hemisphere where the Earth's axis of rotation meets its surface. All lines of latitude and time zones converge here, making it a place where everywhere you look is south. Time literally makes no sense here and when research scientists camp out near the Pole for expeditions, they stick to the time of their home country.

The North Pole lies in the middle of the Arctic Ocean, surrounded by constantly drifting ice floes and otherwise open ocean. No one lives here or can make a permanent settlement, as there is no solid ground around the Pole. You can tell you have reached it only by using navigation devices and hitting the 90 degrees North mark.

Explorers have been attempting to reach the North Pole since late 19th century, with the record of farthest North being surpassed many times. The first undisputed expedition to reach the North Pole was one led by Roald Amundsen, who was also the first man to ever reach the South Pole in Antarctica. His airship Norge overflew the area in 1926 with a team of 16 aboard. There were two prior expeditions claiming to reach the Pole, but they were later highly disputed and still deemed as questionable to this day. 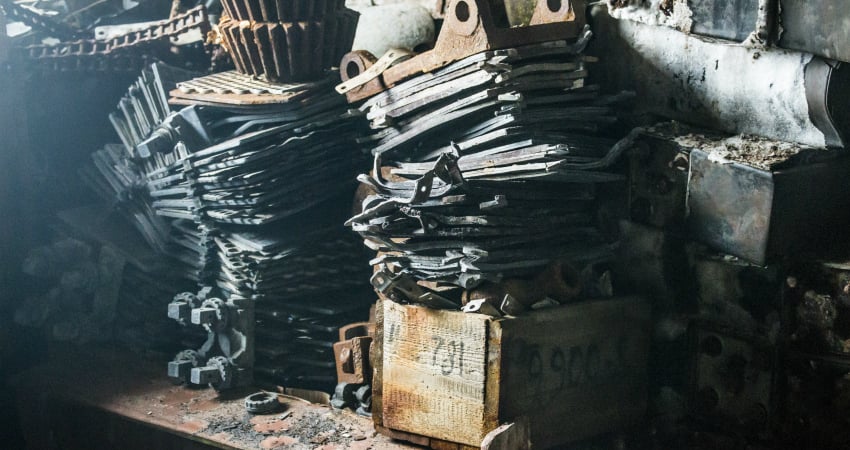 The first expedition was led by Robert Peary, a United States Navy officer who joined in 1881. From an early age, he had his mind set on extraordinary achievements and proposed his own method of crossing Greenland in 1886. The expedition was not complete, but Peary gained invaluable polar experience, trekking nearly 160 km into the ice cap at around 2,000 km above sea level.

After Fridtjof Nansen became the first person to cross Greenland from east to west, Peary’s focus shifted to the unexplored part of North Greenland. Peary took his wife along for several initial expeditions (and she bore him a daughter in the Arctic in 1893), as well as Frederick Cook, a surgeon who later turned out to be his biggest rival in reaching the North Pole.

Following the various 1893-97 expeditions, Peary brought back several huge iron meteorites to the USA, was acknowledged by the government and opened the Peary Arctic Club to support his later travel.

Peary is officially considered to be the first person to have reached the geographic North Pole. His Arctic expedition on the SS Roosevelt overwintered near Cape Sheridan on Ellesmere Island and supposedly reached the Pole by sled on April 6, 1909. After his return home, despite remaining doubts, a committee of the National Geographic Society credited Peary with being the first man to reach the North Pole. 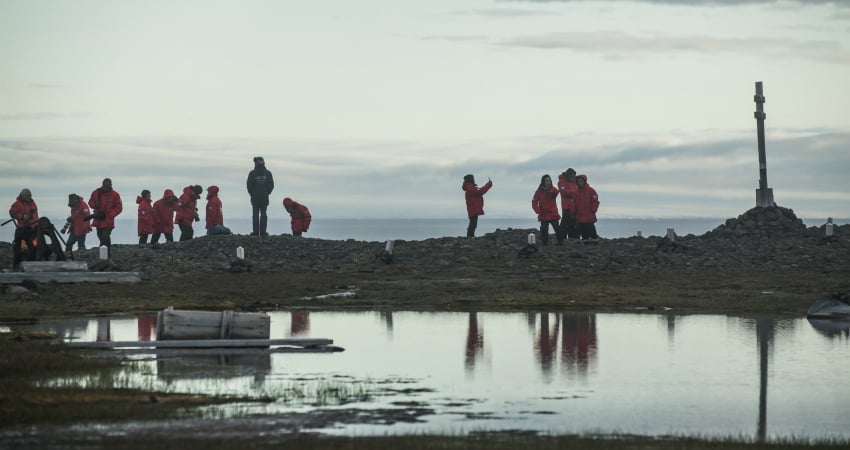 Right around the time Peary strived for the North Pole, there was another expedition there led by Frederick Cook, a physician from New York. For his first Arctic expedition, he actually joined Robert Peary’s team in 1891-92, gaining considerable experience and knowledge about the polar regions.

Later, Cook worked as a physician aboard Belgica during the voyage of 1897-99, the first expedition to overwinter in Antarctica. With the ship ice-bound, Cook together with first mate Roald Amundsen took command of the crew during several months of hardship, essentially saving their lives.

For the next couple of years, Cook led expeditions to Alaska. In 1906, he supposedly attained the summit of Denali, taking a photo at the peak – a claim that was later disputed.

In 1907, Cook returned to Greenland with the intention to conquer the North Pole. Traveling north from Axel Heiberg Island and accompanied by two Inuit men, Cook claimed to have reached the Pole on April 21, 1908. The party had to make a second wintering on Devon Island before returning to Greenland in 1909.

When Peary learned about these claims, he worked up his supporters to launch a campaign to discredit Cook, which proved to be successful after several years of controversy.

Cook resumed medical practice and became involved in oil shares and was later accused of speculation and imprisoned. Shortly before his death, he was released on parole. 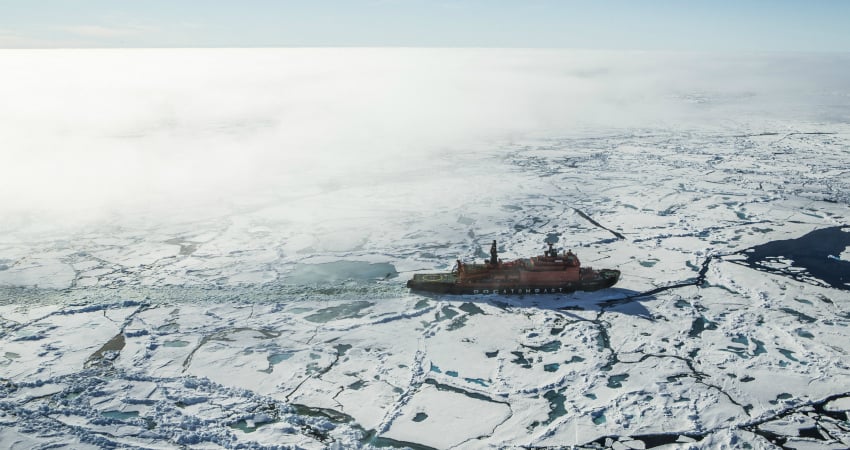 An expedition to the Pole you can take this summer

The North Pole remains the ultimate prize for explorers to this day. Traveling to the 90 degrees North is now possible due to icebreaker ships, which are able to take a short vacation from their work duties of leading research and cargo vessels through the frozen Arctic Ocean. Each summer, Poseidon Expeditions offers cruises to the North Pole aboard the most powerful icebreaker in the world, 50 Years of Victory. An expedition of your own, a voyage like that will surely make it in the history pages of your life. Start by checking off one of the Poles and see where this journey leads you next!