Commercial Whaling in the Arctic is reported to have begun in the 1730s, as Dutch and English explorers began to fund their expeditions with whale catches. Initially, whaling thrived just off Spitzberg Island, reaching the shores of the North Pole, an easy hunting ground for English boats streaming out of the eastern port cities. It wasn’t long before the effects of a new, booming industry were realized. After just one century of hunting, whales had become scarce in the region, proving the vulnerability of the whale species. Even as whalers used wooden ships and rudimentary tracking equipment, the whale population was irreparably harmed due to reproduction rates and human demand.

As hunting routes delineated, ships reported 200 whale-catch expeditions as late as the 1850s. Whalers, by this time, had crafted routes exploiting both the South and North poles based on seasonal weather patterns. Pushed by the seasons, and trading with locals, whalers could return home with loads as profitable as 14 million dollars (in the 1850s). These profits incentivized ships to continue whaling, even as whale populations were noticeably in decline. 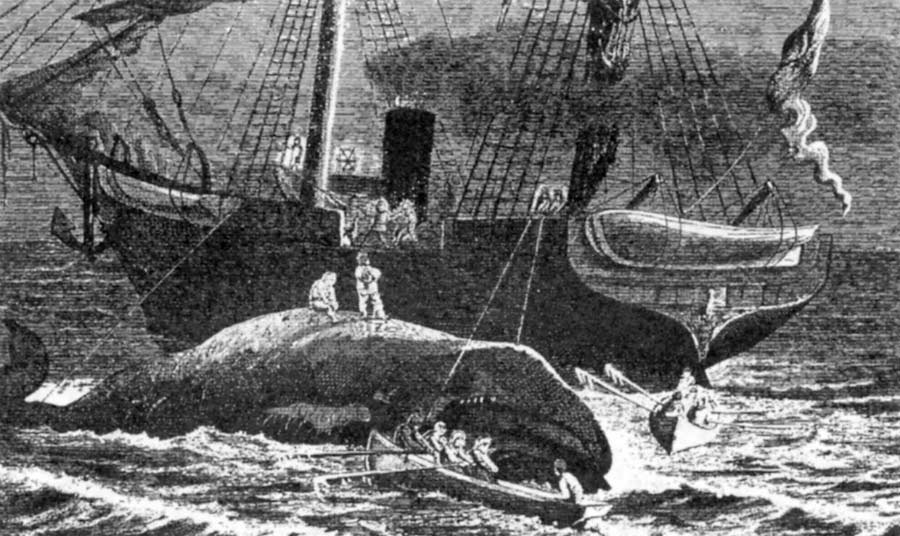 Whaling in The White Sea. Engraving. Image from http://lexicon.dobrohot.org

Over time, with the advancement of the telegraph and other technology, whalers began to set up hub villages for ship crews. These towns, much like historic fishing villages, developed idyllic atmospheres based on trade with local populations. Meanwhile, the whaling industry continued to prosper, feeding off of maritime technology into the 1930s. The worldwide, commercial whaling industry continued to exist until 1965 when the International Whaling Committee banned whaling with the exception of indigenous populations. Unfortunately, countries such as Japan continue to license whale hunting for certain reasons.

The history of whaling is based on the demand of developing economies and the ability of whalers to create new trade and hunting routes across the North and South Pole regions. At the height of the industry, whaling experienced no governmental oversight as no governing body held jurisdiction over the Arctic regions. Today, the International Whaling Committee is a global protectorate; upholding the recognized and necessary ban on whale hunting. Even still, as whales continue to amaze humans with their family contingent lifestyle and reproductive patterns, whale hunting continues to exist and exploits exotic vulnerabilities.