Tourism is up, down at the bottom of the world

Tourism to Antarctica is rising, according to the International Association of Antarctica Tour Operators (IAATO). The association says 34,316 tourists traveled with its member operators in the 2012-2013 season, which concluded in April, up from 26,519 the previous year. Several factors were responsible, including an increase in voyages by cruise-only operators – where no landings ashore are offered – from five to seven, accounting for 9,070 passengers and approximately 5,000 more than the previous year.

The figures were released at the association’s 24th annual meeting in Punta Arenas, Chile, in April. More than 130 members, invited guests and IAATO staff from 20 countries participated in the meeting. Punta Arenas had been selected as the site following an invitation last year from Camilo Sanhueza, director of the Antarctic Division of the Chilean Foreign Ministry, and SERNATUR, the Chilean National Tourism Service. Sanhueza said both the Chilean government and IAATO place emphasis on environmental stewardship and well-managed tourism in the Antarctic region.

IAATO, which is based in Providence, Rhode Island, U.S., says its mission is to advocate and practice safe and environmentally responsible private-sector travel to the Antarctic. Growth was also seen in the tourism segment that includes traditional small and medium-size expedition ships and yachts – all carrying 500 or fewer passengers and conducting landings – from 20,271 to 23,305 passengers. Numbers increased in the air-cruise category, up from 860 during 2011-12 to 1,587 for the season just ended. Air-land tourism declined more than 30 percent from 516 to 354 visitors during the 2012-13 season. 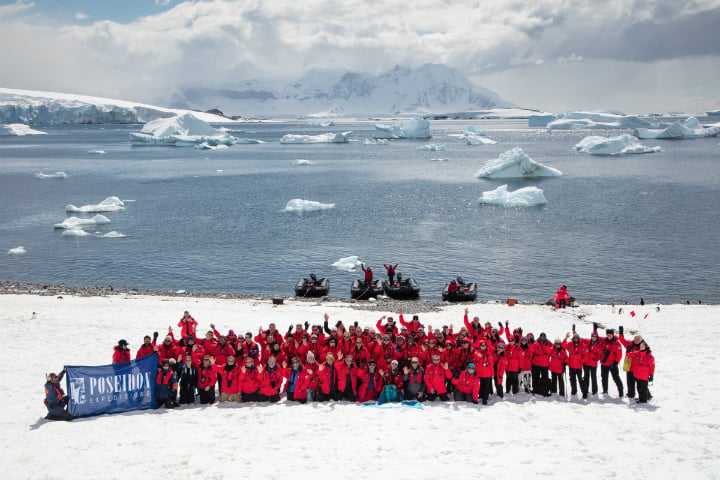 IAATO’s Administrative Director Steve Wellmeier said the increases in 2012-13 were accurately estimated and reported by the membership a year ago and reflected continued interest in Antarctic tourism. For next season, those tourism categories where passengers go ashore – traditional small and medium-size expedition ships and yachts, all carrying 500 or fewer passengers – are expected to remain flat, growing slightly from 23,305 to 23,348 visitors. Numbers also will remain virtually unchanged in the air-cruise category: 1,587 for the season just ended compared to 1,588 estimated for 2013-14.

Cruise-only tourism, aboard 500-plus passenger vessels with no passengers going ashore, is expected to increase about 9 percent, from 9,070 to 9,920, although the number of voyages remains the same, seven. Air-land tourism with deep-field excursions and expeditions is also projected to increase from 354 visitors transported inland last season to 498 for the 2013-14.