History of Antarctic Explorations: Part V – The State of Contemporary Research in Antarctica

After the conquest of the South Pole by Amundsen and Scott the exploration of Antarctica has continued with renewed vigor. In December 1911 the first expedition of Douglas Mawson took place. For the winter stay Mawson has chosen Terre Adelie, as it turned out later, a place with the most severe climate on Earth. Often, the average daily wind speed here reached up to 44 meters per second. Mawson had experienced the “pleasure” of being a witness to the devastating force of nature, he has seen a wind speed of 90 m/s while the speed of a hurricane is only 30 m/s. The expedition’s fate was further endangered by the great amount of precipitation in Antarctica – 1600 mm in that year. 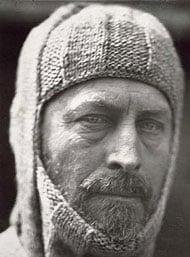 The expedition of 1912-1913 has been almost fatal for the Mawson himself, and his entire team has perished. Mawson has returned to the base only five months later since they left. However, during the course of the expedition the discoveries of Charles Wilkes were confirmed and vast areas of the continent were explored. The complete amount of the gathered information took 22 thick volumes to describe.

In the 20s of the XX century the flying operations over Antarctica have begun and it allowed to explore more closely mountain ranges and inner territories of Antarctica. Amongst the famous Antarctic explorers of that time were American aviator Richard Byrd, Norwegian captain Nils Larsen, and American engineer Lincoln Ellsworth. 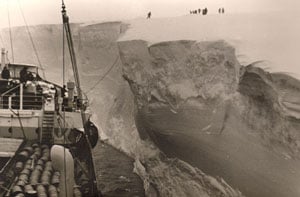 
The Soviets also had a great interest in the scientific research of Antarctica and on Jan. 6, 1956 the first Soviet expedition under the command of an experienced polar explorer and oceanographer Mikhail Somov has landed on the coast of the Davis Sea. Close to the disembarkation point the crews of two diesel-electric vessels “Ob” and “Lena” have built a settlement which was named Mirnyi (meaning “peaceful” in Russian). The Antarctic sector between 80 ° and 105 ° E. was not chosen by chance by these explorers. The coast of the mainland was mapped very roughly and imprecisely, and during the course of the expedition Soviet researchers have discovered many new islands, bays, capes, and glaciers. In addition to the main base in the Mirny settlement by the end of 1956 two more stations have been built: Pioneer station and Oasis station. Nowadays there are 46 permanent stations in Antarctica. One of the countries which has a special interest in Antarctica is Argentina with six of the stations under their flag.

In 1961, a contract was signed by all the leading countries, according to which the territory south of 60 ° S is demilitarized and free from nuclear weapons. Also, no country in the world has the right to claim these territories. It provides for freedom of scientific research and encourages international cooperation to ensure the use of Antarctica for the good of all mankind.