At the same time as Roald Amundsen has moved toward the South Pole, Robert Falcon Scott was on the same task assuming to reach the Pole on motorized sleds, Indian ponies, and dogs. They had hit the road on the 2nd of November, 1911. However, the methodology which was designed by Scott in order to reach the South Pole soon was proved to be flawed. The sleds were soon abandoned, on the parallel of 83° ponies were to be killed, because there was no food left for them. At 84° dog teams had been sent back, and the Englishmen themselves dragged heavily laden sled. On the 85° parallel Scott ordered four men to return, and on 87°30′ he gave the same order to three more men. Only five men did push forward: Robert Scott, a physician Edward Wilson, officers Lawrence Oates and Henry Bowers, and petty officer Edgar Evans. The last 250 km were especially hard. Sleds had to be dragged on dry snow and the average speed was 2 km per hour so the progress in a day was no greater than 10 km. 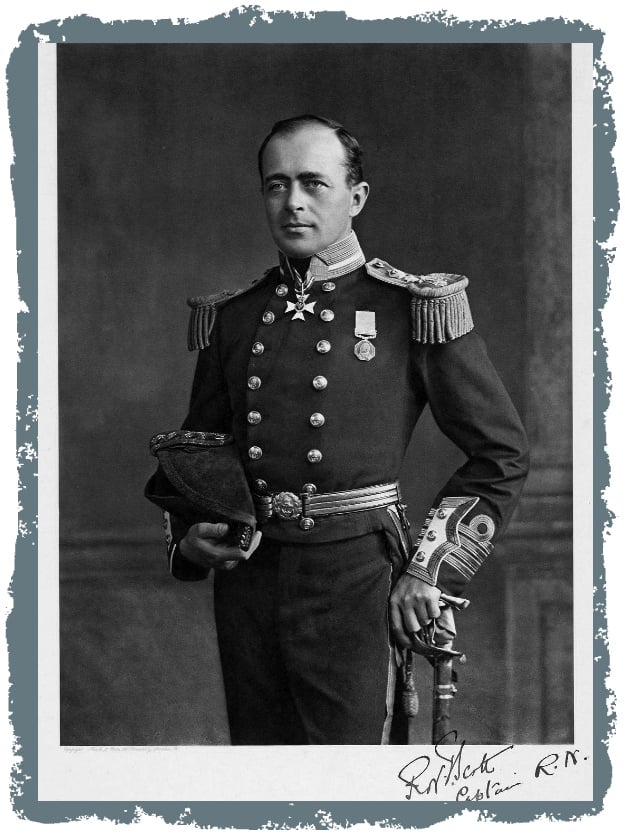 When the Pole was just a few miles away, Scott and his team have found the traces of the Norwegians who came here before them. It was a terrible disappointment for everybody and it provoked a huge loss of spirit. On the way from their base to the Pole the British have staged ten intermediate storages with provision and fuel. So on their way back the primary aim was to get from one food storage to another. However, travelers’ strength quickly melted away. Soon the youngest of them – Evans – has started to feel the symptoms of over exhaustion and illness. He died on the 17th of February. The way further was even harder. Scott’s team more often went astray. At the end of the February when almost all fuel supply was gone, the weather became even harsher. We can see from the entries in Scott’s diary the degree of his despair and the weakening will to live. Yet till the very last moment the whole group did not give up and people have even carried nearly 15 kilograms of valuable rock samples which were collected on their way to the Pole.

In the March the whole group was nearly dead from exhaustion. Scott managed to describe last grim days of his expedition:

“Wednesday, March 21 – Got within 11 miles of depot Monday night; had to lay up all yesterday in severe blizzard. To-day forlorn hope, Wilson and Bowers going to depot for fuel.

Thursday, March 22 and 23 – Blizzard bad as ever – Wilson and Bowers unable to start – tomorrow last chance – no fuel and only one or two of food left – must be near the end. Have decided it shall be natural – we shall march for the depot with or without our effects and die in our tracks. 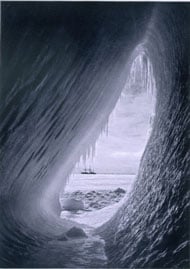 Terra Nova vessel in the ice


Thursday, March 29 – Since the 21st we have had a continuous gale from W.S.W. and S.W. We had fuel to make two cups of tea apiece and bare food for two days on the 20th. Every day we have been ready to start for our depot 11 miles away, but outside the door of the tent it remains a scene of whirling drift. I do not think we can hope for any better things now. We shall stick it out to the end, but we are getting weaker, of course, and the end cannot be far. It seems a pity, but I do not think I can write more.
R. Scott

Last entry: For God’s sake look after our people.”

The search party has found the remains of the expeditions in a snowbound tent in the spring on November 12, 1912. Scott died last in an unbuttoned parka. On the memorial cross, set in ice in the memory of the expedition, the epitaph was carved: «To strive, to seek, to find, and not to yield». All of Great Britain was shocked by the news of the death of their heroes. It is said that the last request of Scott found a response in the hearts of the British and his final will was done. A considerable amount of money was collected across the country to provide a decent life for the explorers’ relatives.