This is the second part of our overview of the history of Antarctic explorations. First part can be found here.

After Bellingshausen’s expedition the active exploration of Antarctic territories has begun. In the summer of 1822 – 1823 at exceptionally favorable weather conditions Scottish sailor by the name of James Weddell has sailed from the island of South Georgia to 74°15′S and at the end of February 1823 he sailed freely in the open sea, which has been later named in his honor and since then is known as the Weddell Sea – the southernmost sea of the Atlantic Ocean. 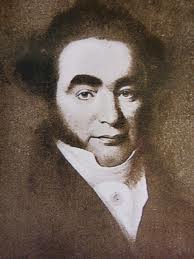 In the 20s the results of his voyage were taken as the evidence of an absence of any vast land, but further studies in the first half of the 19th century have completeley descredited this hypothesis. In 1838 – 1842 U.S. governmental expedition led by Charles Wilkes made a journey along the coast of Antarctica, discovering much of its coastline. His expedition has gone a long way – about 2,800 miles off the coast of Antarctica, famous for its severe storms.

Later D. Mawson calls this area “the abode of snow storms”. However, in the middle of the 19th century the existence of the Antarctic continent remained questionable. The doubts were aggravated by the results of the English expedition led by James Ross.

He made his voyage aboard two ships “Erebus” and “Terror”. At the beginning of October 1840 he entered the southern seas. During this expedition, he reached the 78th parallel, setting a record for sailing in southern latitudes. Here on the island, which he called “high” (now Ross Island) his expedition discovered two twin volcanoes, named after the vessels. Here, in the southern part of the sea which will later bear his name, Ross has discovered the land which was named after the Queen of England – Victoria Land. Ross correctly calculated that on this land, 300 km from the coast is the south magnetic pole of the planet. Still, he had his share of mistakes – for example, he incorrectly assumed that Victoria Land is a large island, and not the geological part of the continent. After his expedition Great Britain has started to show its interest in this “island” more aggressively.

After a journey of James Clark Ross the research of the southern waters has ceased for 30 years, and only in 1874 – 1875 this region was visited again, this time by the British Oceanographic Expedition of Charles Wyville Thompson aboard the steam corvette “Challenger”. 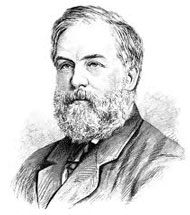 Naturalist John Murray, who was present, has studied the samples from the depths of the ocean as well as the publications of his predecessors on whether there is some kind of a big land far to the south and has come to a definite conclusion – yes, there is! He was the first who had mapped the coastline of Antarctica. On January 24, 1895 the crew of Norwegian fishing boat “Antarctic” has made landings on Victoria Land.

Here, a young biologist Carsten Borchgrevink, who had abandoned his work at the university and got a job as a common sailor on the ship to get a chance to explore Antarctic flora and fauna, found here a few species of moss and three species of flowering plants in the territories unoccupied by the ice, proving that even in the harsh environment of Antarctica there can be life.

At the turn of the century the exploration of inner areas of the continent has begun.