History of Antarctic Explorations: Part I

This is the first post in a series of short overviews of the expeditions and people who have contributed to our knowledge about this continent. This series won’t tell only about explorers though. The success of such a dangerous venture as a polar travel relies greatly on scientific progress, advanced shipbuilding techniques etc., so we will try and dwell over this matter a bit later too.

Antarctica was discovered later than the rest of the continents, as it is the most isolated place from centers of human civilization. While in the ancient times people have assumed the existence of a large land in the south, for many centuries, however, travelling there was virtually impossible. Only in the late Middle Ages which gave birth to the Age of Discovery, the level of the European navigation finally reached such level which could afford crossing of the oceans and discovery of new continents. The boundaries of “terra incognita” on the world’s map were reduced but since the time of Columbus’s voyage for 200 years no one has reached the southern polar seas of the world. When the age of naval supremacy of Spain and Portugal has passed, British and Dutch ships began to sail the oceans extensively. 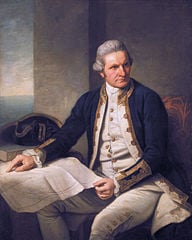 Only with James Cook expedition in 1768 – 1771 it was shown that the southernmost continent known to humanity of that time, which was discovered in 1606 by Billem Yanszon and later called Australia is in fact the geological part of the mainland. After the second expedition of James Cook in 1772 – 1775′s researchers have almost completely lost faith that in the southern waters there may be some other land, because the expedition was stopped by ice fields surrounding Antarctica. His ships skirted around the entire continent, but have not been able to reach the coast, though they have crossed the Antarctic Circle several times. Cook wrote in his diary that “The land, which may be in the south will never be explored … this country is doomed by nature to eternal cold.” After the journey of James Cook for a few decades there was no attempt to explore these areas of eternal ice, until the beginning of the 19th century when the British have discovered a few islands in the subantarctic zone of the Southern Ocean. 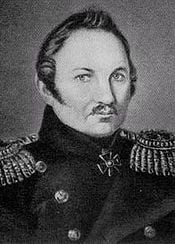 In 1819, the first Russian expedition was organized to explore Antarctica. Ships “Vostok” (“East”) and “Mirnyi” (“Peaceful”) under the command of Gottlieb Thaddeus Bellingshausen and Mikhail Petrovich Lazarev entered the southernmost waters of the Earth. The expedition has approached the shores of Antarctica nine times, four of them as close as 3-15 km. For the first time the large areas adjacent to the mainland were described and Antarctic varieties of ice classified, and the climate of Antarctica studied. The expedition has given name to 28 new places, including the Alexander I Island (Alexander Coast), discovered on January 15, 1821. As noted in the Bellingshausen’s diary: “I call this coast a land, because I can not see the end of it and the sudden change of color on the surface of the sea gives me the idea that the coast is vast.” In the middle of 20th century it was proved that the land discovered by Russian navigators was not an island, and was connected to Antarctica by the George VI Ice Shelf.

Although modern Antarctica cruises can’t give a complete picture of what these people have gone through, yet even now we can feel the same awe and inspiration which are described in the diaries of polar explorers.