The concept of global warming, or climate change, has become a point of contention among scientists, politicians, and nations in recent years. Among scientists, there is really no debate about whether climate change is taking place; they generally agree that the planet’s temperature is rising, which is affecting weather patterns around the world.

Most of the disagreement regards not whether climate change is taking place, but why. Some scientists disagree on whether the cause is man-made or a natural occurrence, such as took place before, during or after various ice ages. The arguments become more intense when they are taken up by politicians and nations, with disagreements and finger-pointing about carbon footprints, greenhouse gases, the effects of expending various fuels, and who is most to blame. The debates often become highly political, with commercial interests claiming they are not responsible, and environmentalists seeking to curtail their activities.

Regardless of who is to blame, the implications for Arctic travel and commerce are enormous. The captains of industrial barges and nuclear icebreakers such as 50 Years of Victory have noted that the polar ice pack has softened and largely subsided in recent years, sometimes creating an ice-free passage that facilitates travel during a greater portion of the year. Oil, shipping, mining and fishing companies stand to benefit greatly from increased opportunities in a relatively warm Arctic. 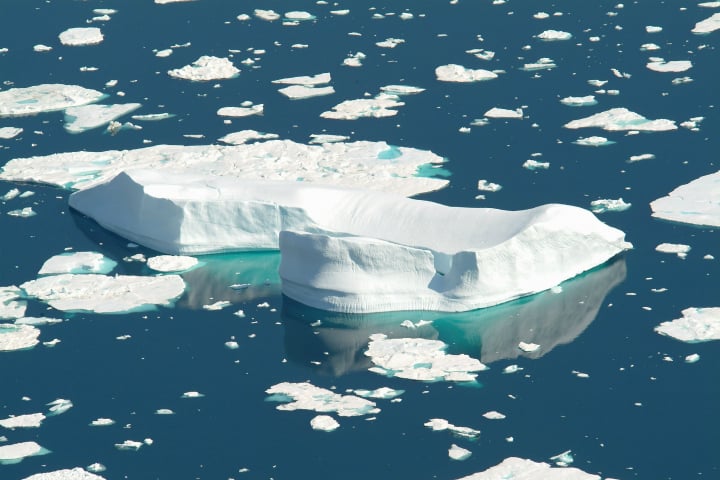 The Arctic Monitoring and Assessment Program, a Norwegian group, predicts that the Arctic Ocean will be completely free of ice in the Northern Hemisphere summer in 30 to 40 years. (Some scientists say this could happen much sooner, perhaps by 2020.) This would create an even faster shortcut through the so-called Northeast Passage, the shipping route between Europe and the Asia-Pacific region, along Russia’s northern coast. Larger, modern ships with deeper drafts can now make the trip faster than ever, saving time and fuel. Navigating the Arctic Ocean can now be done in as little as six days. Sailing from Rotterdam, The Netherlands, to Yokohama, Japan, through the Northeast Passage is about 4,450 miles shorter, and several hundred thousand Euros cheaper, than the route through the Suez Canal, according to Russia’s Transportation Ministry.

But there are negatives. The increased traffic in shipping lanes could bring increased pollution. The relative ease of fishing those waters could lead to over-fishing. For tour operators taking travelers to the North Pole, there may be increased competition, an increase in the already strict regulations, possibly even an end to the pristine wilderness of the Arctic and the North Pole as we now know it.

The problems have not all yet been identified, and so the solutions are far off. It is incumbent upon every person on the planet to take an interest in its future, to see that the world’s resources are managed well, while still affording everyone an opportunity to utilize them fully and responsibly.