About breaking some eggs

“An egg is always an adventure; the next one may be different.”
- Oscar Wilde


During Rober Falcon Scott’s Discovery expedition in 1901-1904 new species of penguins were found. Now we call them emperor penguins and they are well known as the biggest type of all penguins. Much more excited than we are now was Edward Wilson, a British zoologist who wanted greatly to get back to Cape Crozier during the penguins’ breeding season in winter to collect and study their eggs. 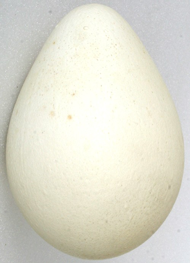 But why this great interest in eggs? According to Darwin’s theory of evolution the embryos in eggs can shed light on the evolutionary link which may be between reptiles and birds (by that time the ancient animal Archeopteryx was already known as well as the fact that it can be indeed a transition step from dinosaurs to birds). In order to fulfill his wish, Wilson decided to go with Scott on his second expedition. On June 27, 1911, in the middle of winter, Wilson started his egg hunt and went with Henry Bowers and Apsley Cherry Garrard into the ice desert. 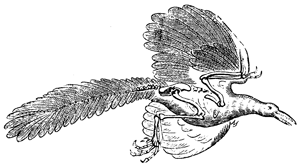 Sketch of an Archeopteryx


From Cape Evans three daring gentlemen moved for the penguin colony at Cape Crozier, pulling the sleds across the ice with their clothes frozen into “armor-plate”. The plan was simple – to get to the colony, set up camp, and start collecting eggs. The reality, although, proved to be harsher than expected. The expedition to the colony was far more difficult than they have thought it to be. A great amount of ice-ridges has made their progress very slow. It took them 5 days to get to Cape Crozier and there they have collected 5 eggs between them and were going to return back for more from their base at mountain Terror, 6.5 kilometers away from the colony. 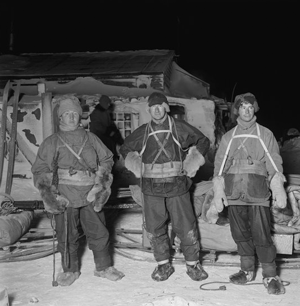 Apsley Cherry-Garrard, Henry Bowers and Edward Wilson before the “worst journey in the world”


On July 22 at night the camp was hit by a blizzard which has blown off their equipment tent and therefore there was no hope of getting more eggs. The men have rescued most of the equipment but the blizzard continued and later torn the roof off their igloo. They have lied in sleeping bags, covered with snow with no food or water.

The storm’s strength has dwindled over the next two days and the men were given a chance to survive. On August 1, 1911 they returned to Cape Evans having faced the longest exposure to the Antarctic wild than anyone before them.

The realities of the expedition are described frankly and vividly in Apsley Cherry Garrard’s highly acclaimed book “The Worst Journey in the World”, which can be found here.