No Reversal of Fortune

There is an event looming in Earth’s immediate future that will rival anything in the history of the planet. An event that is the stuff of science fiction and disaster films. One that could be so catastrophic as to disrupt all of the mechanical and electrical processes on the planet and destroy our fabric of life. Or, more likely, not.

Scientists are paying close attention to the imminent flip of the sun’s magnetic field, and the threat it will pose to electrical, mechanical and magnetic processes here on Earth. The most serious threats will be to aviation navigation systems and power grids.

As has been previously detailed in this blog (Four North Poles, posted on July 24, 2013), in the Arctic there are actually four different North Poles: the geographic North Pole, the North Magnetic Pole, the Pole of Cold and the North Pole of Inaccessibility. Probably by the end of 2013, the sun’s magnetic field will reverse, turning the North Pole into the South Pole, and vice-versa. This happens periodically, every few decades or so. 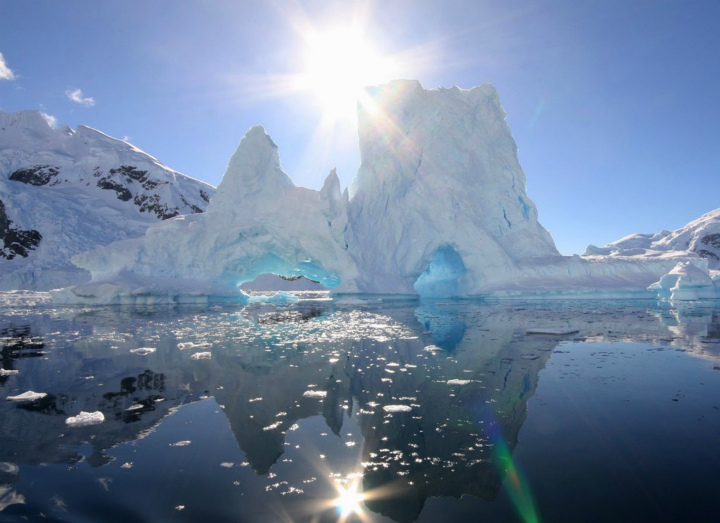 When this happens, aviation, telecommunications, power and any other systems that operate on this basis are affected, as well as places on high latitudes. During this period, the sun’s magnetic field is at its weakest, corresponding to the 11-year sunspot cycle, and solar magnetic storms are high. This can affect satellites, telecommunications, air traffic control systems, power grids, even your cable or satellite TV. Cable TV companies routinely issue notices during periods of peak sunspot activity, warning that service may be disrupted. In March 1989, the activity caused a power outage in the province of Quebec, Canada, that left almost 6 million people without electricity for several hours.

The current solar cycle is the 24th since 1755, when sunspot activity was first recorded. It is one of the weakest cycles in 100 years, which could have ramifications for climate change as well. A strong solar magnetic field acts as a shield against cosmic rays, which are thought to influence climate conditions on Earth. They also are believed to have caused a data spike in the flight control system of an airliner in 2008, causing it to plunge hundreds of feet twice. (Software upgrades have since remedied the problem.)

To set your mind at ease, at least one researcher and geologist who regularly travels aboard Poseidon Expeditions’ nuclear icebreaker 50 Years of Victory, and who has studied the phenomenon, says the likelihood of catastrophic events in any period is slim. All of the above is a worst-case scenario, he says, and any effects would be few, isolated, probably only a fraction as bad as all this sounds and barely noticeable. So don’t panic – sit back and enjoy your microwave popcorn and a movie on cable.