Arctic: researchers explore the effects of shipping on the atmosphere

Global shipping contributes to aerosol pollution in marine regions, which can have a cooling effect on the climate. Aerosols are small solid particles or liquid droplets suspended in the air. By joined efforts of Cranfield University, University of Birmingham, University of Exeter and the British Antarctic Survey, a new project to assess the impact of shipping emissions in the Arctic and North Atlantic on atmospheric conditions is now underway.

Professor Neil Harris from Cranfield University believes that since the Arctic region is seeing an increase in ship traffic, especially from tourist cruises, it is crucial to study the effect of this increase on the atmosphere. New regulations might be added in the near future to manage Arctic shipping.

As a result of previous research, global shipping is undergoing a significant change soon. From January 1, 2020, the limit for sulfur in fuel oil used onboard ships operating outside designated emission control areas will be reduced to 0.50% m/m (mass by mass), from 3.50% m/m. This limit is set in Annex VI of the International Maritime Organization (IMO) International Convention for the Prevention of Pollution from Ships (MARPOL).

Our m/v Sea Spirit already complies with these requirements – we always use fuel oil with sulfur equal to or less than 0.50% m/m. 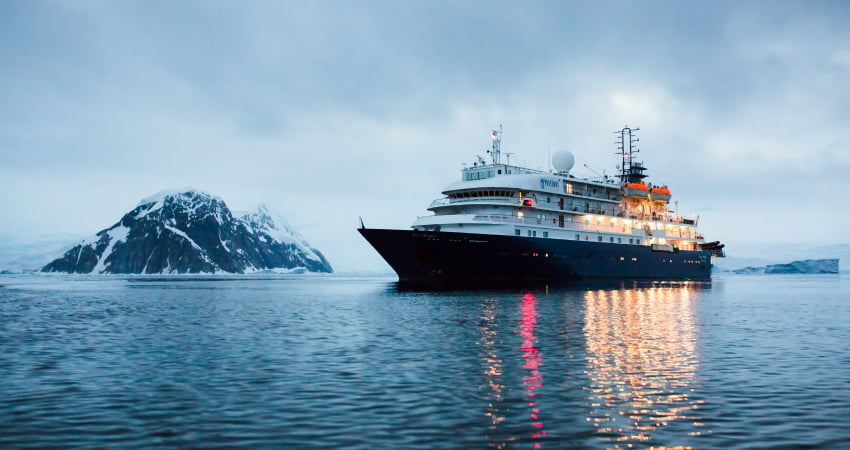