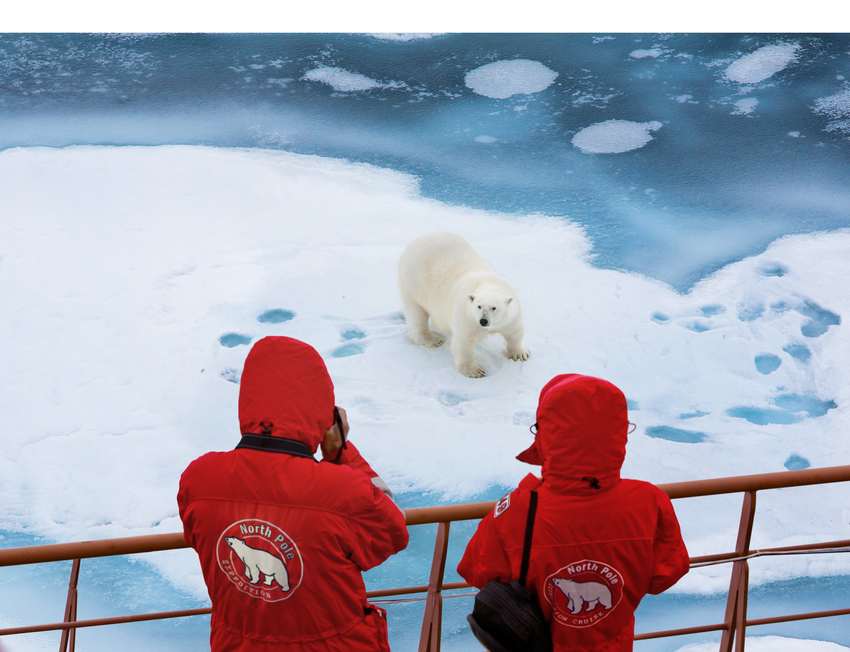 Notes from the Poseidon Expeditions team

The polar bear is often called the king of the Arctic. Within the frozen realm of this renowned monarch, there lives another powerful Arctic denizen who does not readily submit to ursine rule - the mighty walrus. A few of our expedition team members weighed on the subject of these two fearsome creatures to give their views on who really rules whom.

Which is bigger, a polar bear or a walrus?

A mature male polar bear (Ursus maritimus) can weigh more than 700 kg (1,500 lb), making it one of the largest land carnivores on Earth. But walruses are much heavier. An adult male walrus (Odobenus rosmarus) can weigh more than 2,000 kg (4,400 lb), about three times as much as a polar bear. Walruses are the largest pinnipeds (seals) in the Arctic but they are not top predators; they eat primarily mollusks from the seabed.

Despite the huge disparity in size, polar bears do hunt walruses. This might not be so surprising, considering that lions and wolves hunt prey much larger than themselves. What’s amazing is that, unlike lions and wolves, bears do not hunt cooperatively. Just imagine how devastatingly effective polar bears would be if they hunted in packs! But they never do - they are solitary hunters.

Walruses, by contrast, are gregarious animals that usually come ashore in large, tightly packed groups. A marauding polar bear will only rouse the whole group into a panicked charge back into the sea, where they are safe. A polar bear can occasionally catch a fleeing walrus on land, but even the biggest polar bear cannot subdue a healthy adult walrus. We have observed a hauled-out walrus shuffle his way to the water with a polar bear on its back, the bear’s claws firmly embedded into the walrus’s thick hide. Once a walrus makes it to the water, escape is certain because walruses are substantially more powerful and agile in the water than polar bears. 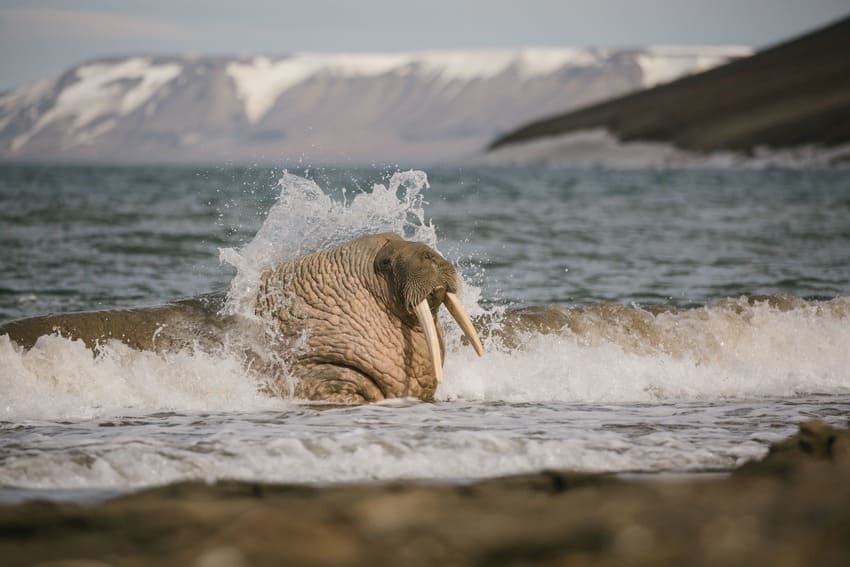 But walruses must eventually come back onto land to rest. Savvy polar bears know that consistently harassing and driving walruses back into the sea will eventually separate sick or exhausted individuals from the group. Additionally, young walruses are occasionally trampled and left behind by the stampeding adults. Polar bears are able to seize and kill such weakened walruses. In this way, solitary polar bears are able to prey upon walruses by turning their herding instincts against them.

Do walruses ever attack polar bears?

Walruses are formidable creatures, rippling with muscles and armed with saber-like tusks. Still, their first response to aggression from polar bears is to flee. However, if a walrus is somehow cornered, or if it is defending a pup, it will fight vigorously and inflict maximum damage to any attacker. Polar bears who misjudge their attack can receive terrible and often fatal wounds. 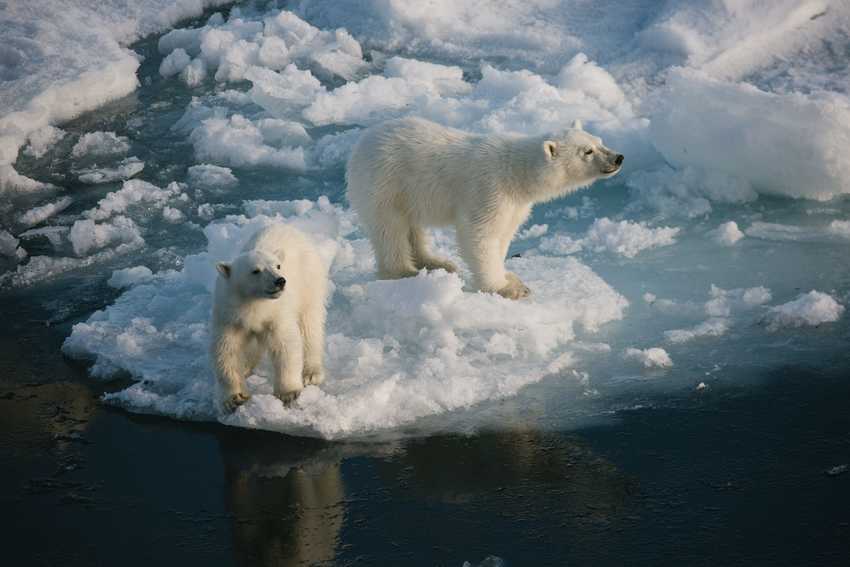 Which is more dangerous to people, a polar bear or a walrus?

Both animals are dangerous to a deadly degree, both on land and in the water. Polar bears are generally more dangerous on land, while walruses are more dangerous in the water. Unlike walruses, polar bears have been known to hunt humans as prey. That is why we take polar bear safety so seriously. Walruses have been known to attack humans too, but generally only in self-defense. Nevertheless, one must be very careful not to put a walrus into a defensive position, as a dangerous situation can quickly develop from a seemingly benign one. Both polar bears and walruses need to be treated with all possible respect and caution.

Despite all that, humans are far more dangerous to polar bears and walruses than they are to us. We mentioned already that polar bears hunt walruses by exploiting their need to return to land. But actually, walruses wouldn’t need to come to land if there were sufficient ice in coastal waters during the summer. Walruses would prefer to haul-out on sea ice, where they are somewhat safer from polar bear attacks. Likewise, polar bears would prefer to hunt on the sea ice for ringed seals, which are a much safer prey. But in the last few decades, human-induced climate change has warmed the Arctic and created a situation where there is less sea ice in the summer. This has required polar bears and walruses to come ashore more often and consequently to have more deadly interactions with each other. Such a situation is harmful to both populations and humans are to blame. 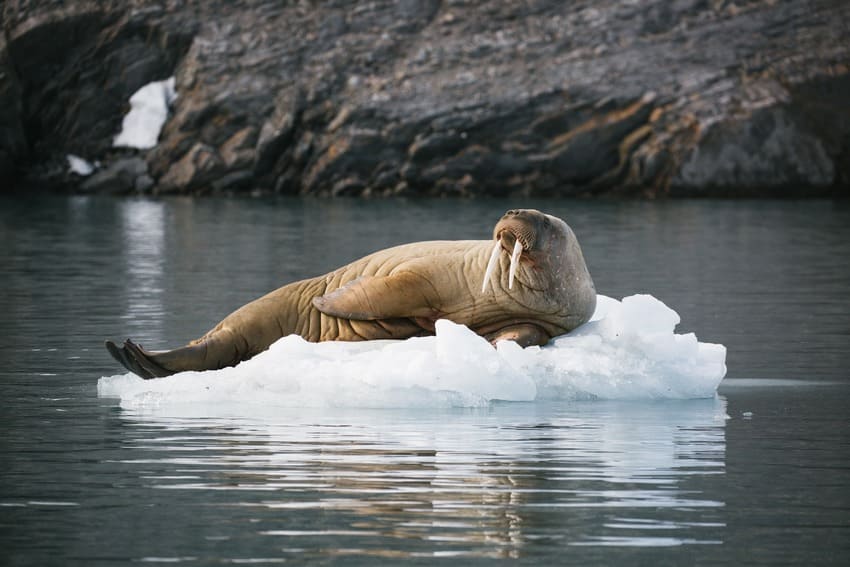 Which is your favorite of the two animals?

We love them both! The solitary polar bear is a symbol of the strength and independence needed to persevere in the face of overwhelming adversity, while a group of walruses represents the unbreakable social bonds that allow life to thrive in the unforgiving Arctic.

Poseidon Expeditions offers with opportunities to see polar wildlife in its natural habitat. The best places to see polar bears and walruses are Spitsbergen and Franz Josef Land. Join us on a memorable expedition to the Arctic realms, where dramatic events of the natural world unfold every day. 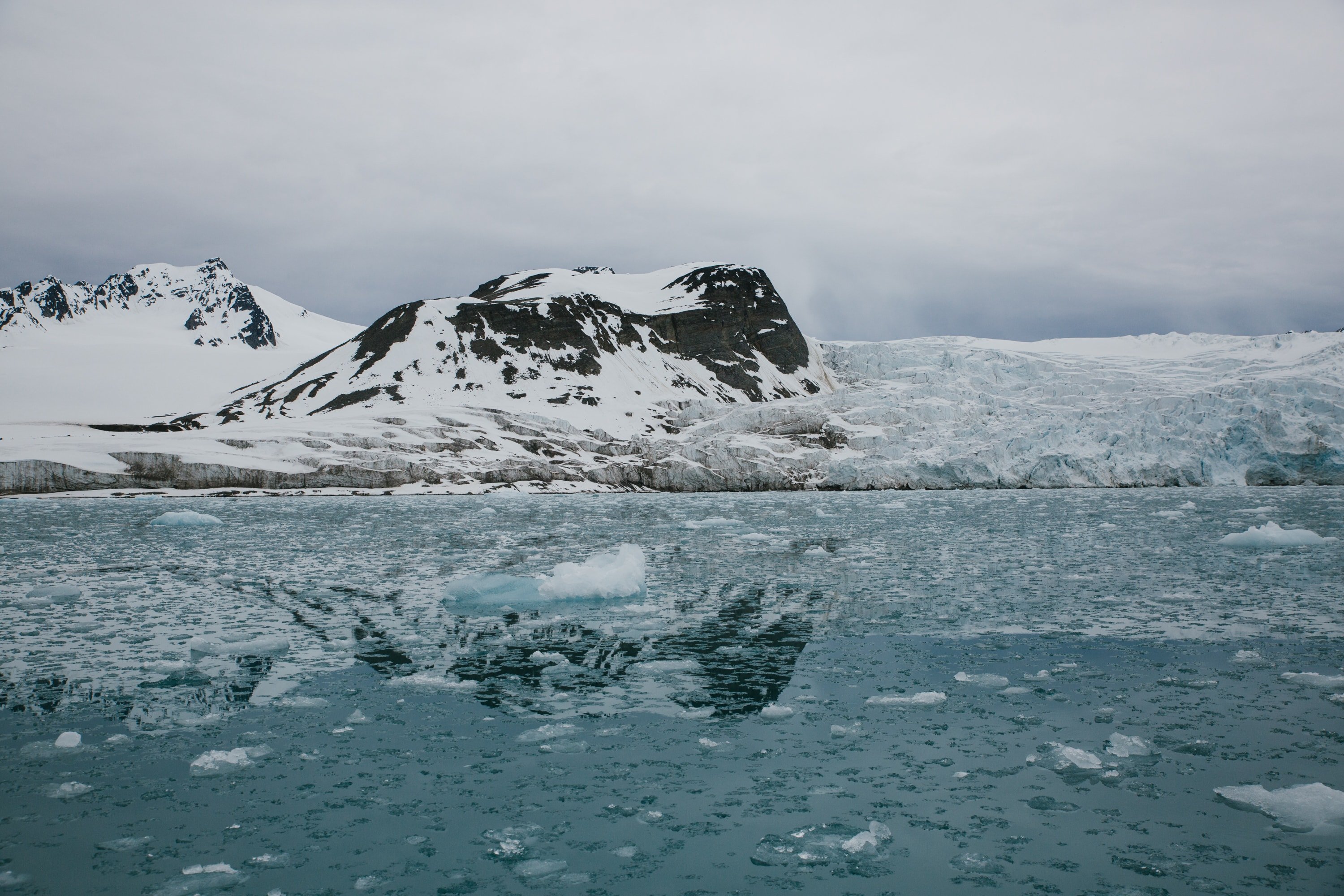 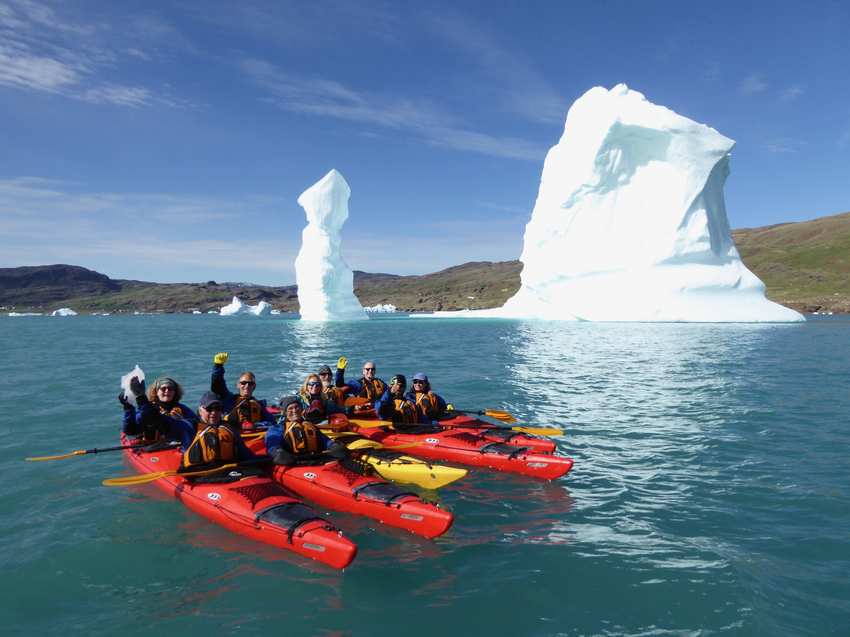 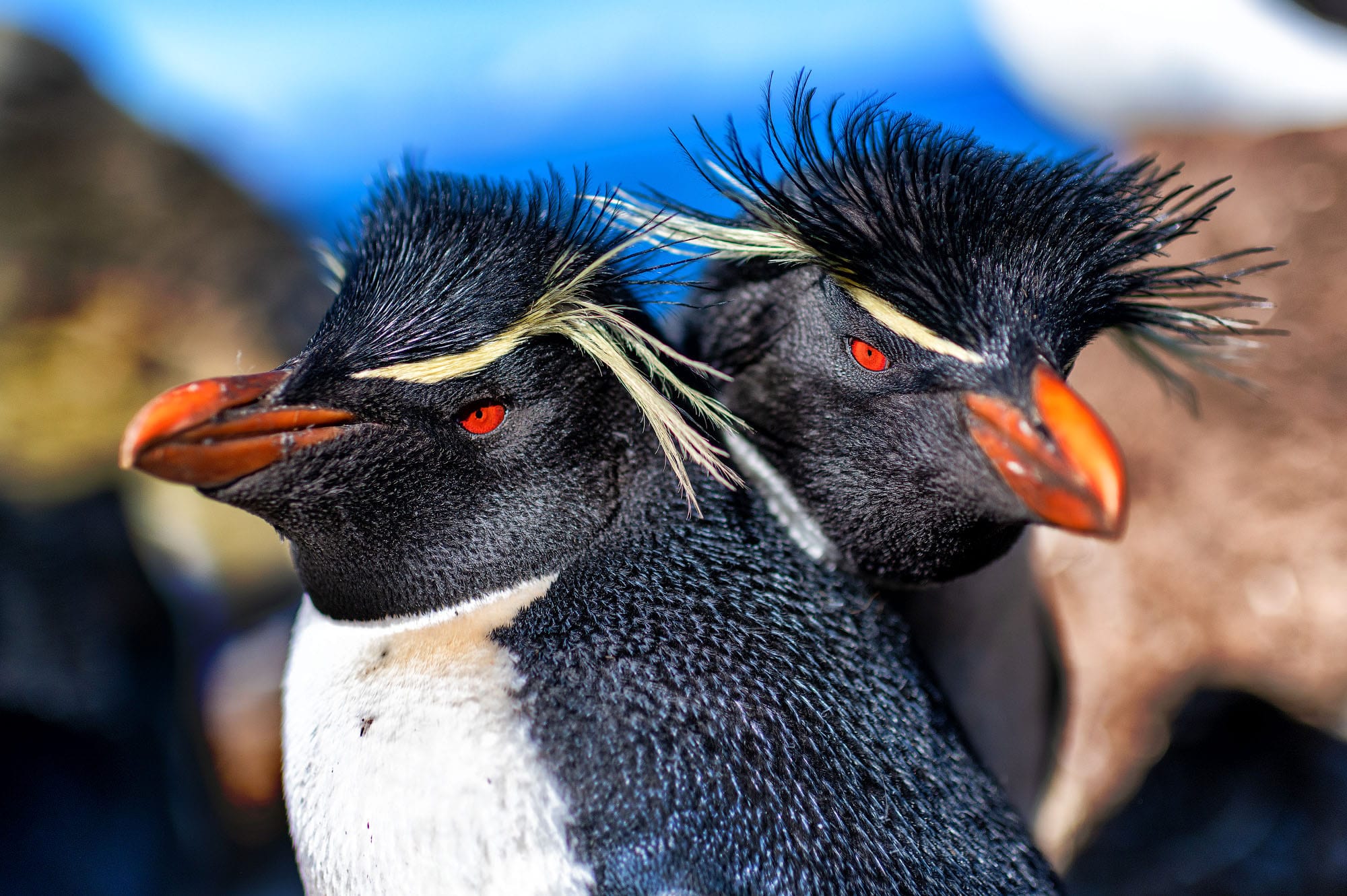