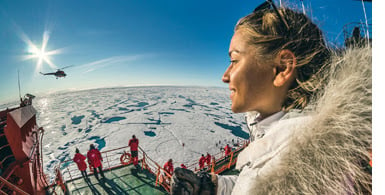 Over the three-day gathering the audience and jury viewed 50 feature films and video clips produced by creative teams from over 20 countries including Russia, Ukraine, Belarus, Germany, the United States, France, Greece, Argentina and Thailand. The conference itself assembled university lecturers, leading researchers, astronomers, fulldome producers, planetarium educators and others interested in the development and popularization of fulldome format. (According to Wikipedia, “Fulldome refers to immersive dome-based video projection environments. The dome, horizontal or tilted, is filled with real-time (interactive) or pre-rendered (linear) computer animations, live capture images, or composited environments.”)

On the festival jury were eminent Russian scientists, planetarians and fulldome lovers: Sergey Yazev (Head of the Jury, Director of the ISU Observatory; Thomas Kraupe, Director of Hamburg Planetarium; Mikhail Gavrilov, Academic Secretary of the Scientific Council on Astronomy at the Russian Academy of Science; Theofanis Markopoulos, planetarium producer; Dmitry Belonozhko, Professor at the Department of Physics of Yaroslavl State University. 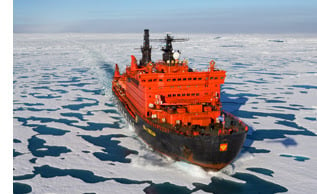 To evaluate each production jury members followed such criteria as the scientific value of the presented content, the quality of the film script and the visuals, the correspondence between the soundtrack and footage, and finally the uniqueness of the idea behind the film. Each fulldome production could be awarded the maximum of 25 points.

“Viewers can feel the strength as the nuclear-powered icebreaker 50 Years of Victory smashes through thick sea ice to take you to a place few other will ever have the chance to visit. While soaring above the endless ice fields in a virtual helicopter ride viewers may be left breathless, but we hope with a yearning to join us on a cruise,” said Nikolay Saveliev, president of Poseidon Expeditions (https://poseidonexpeditions.com/). 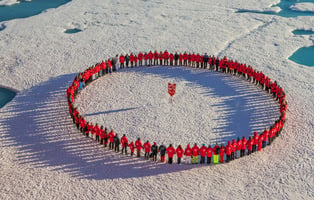 He added that there’s a rising interest in 360º films that are showing up today at such famous film festivals as Sundance, Dubai Film Festival and Tribeca. For more information on the Fulldome Festival and awards please see http://www.fddb.org/2017-russian-fulldome-festival...

The complete 2017-18 Arctic and Antarctic schedules, rates and special offers can be found at poseidonexpeditions.com. A new 80-page catalog detailing the company’s ships and activities is also available and can be requested online or through any of the Poseidon Expeditions offices.

In the UK and elsewhere on the globe, contact Sales@poseidonexpeditions.com or telephone +44-870-068-9142

With offices in the US, UK, Germany, Russia and China, Poseidon Expeditions is a leading provider of polar expeditions in the cruise industry. The company provides guests with the unique opportunity to travel to the geographic North Pole aboard the 50 Years of Victory, the largest and most modern nuclear-powered icebreaker in the world. Fourteen-day, top-of-the-world programs are scheduled for both the 2017 and 2018 summer seasons. The company is committed to safe and environmentally responsible polar travel. It is a member of the International Association of Antarctica Tour Operators (IAATO) and the Association of Arctic Expedition Cruise Operators (AECO).