In parts 1 and 2 of our “Ice is Nice” series, you learned about icebergs and glaciers. They are both formed on land and created by the continuous accumulation of snow and calving. In contrast, a rather simple ice feature at first glance – sea ice – forms, grows and melts in the ocean from salty water. It covers about 7% of the world's surface, or 25 million square kilometers, most of it being enclosed in the polar regions – the Arctic Ocean and the Southern Ocean. This floating ice has a profound influence on climate and wildlife.

Sea ice is frozen seawater floating on the ocean surface due to its lower density. Polar packs of ice undergo significant yearly cycling, growing in each hemisphere’s winter and retreating in the summer, but never disappearing completely. Due to the action of winds, currents, and temperature fluctuations, sea ice is very dynamic, leading to a wide variety of ice types and features.
When seawater begins to freeze, it merges into tiny crystals just millimeters in width. If the seas are calm, mirror-like thin sheets of ice are formed, later sliding over each other to form rafts. In rough seas, ice crystals converge into slushy pancakes. If these collide, ridges of ice appear on the surface and keels go underneath. 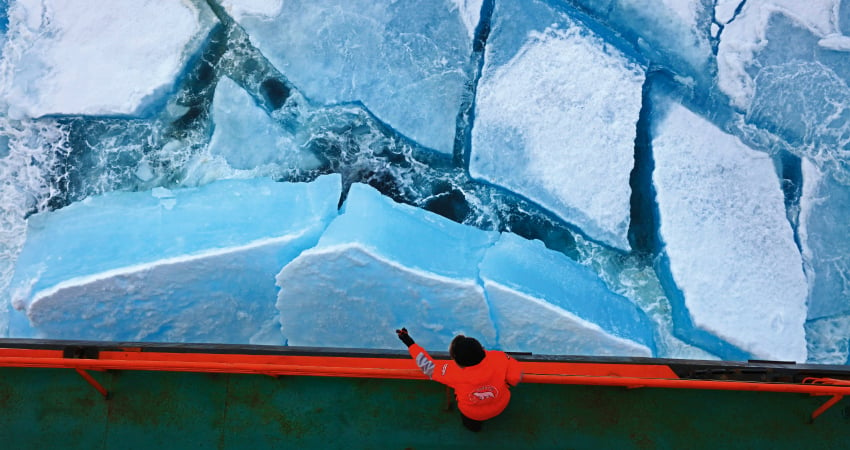 If sea ice sticks to a coastline or the seafloor, it is called fast ice. Pack ice, on the other hand, is dynamic and drifts with winds and currents. This ever-shifting labyrinth is where polar bears prefer to hunt. In our , we hope to come across the majestic creatures employing various strategies to catch seals on ice floes.

During the constant shifting of pack ice, thicker pieces and openings continually form and disappear. Larger and more persistent openings are called polynyas. We take advantage of these for our polar plunges at the top of the world.

Why is sea ice so important

Sea ice plays a fundamental role in polar ecosystems. It forms gradually because the freezing temperature for saltwater is below zero, and generally, the top 100 to 300 meters have to be cooled for ice to form. As a result, a body of cold and salty water sinks and moves along the ocean bottom toward the equator, being replaced by warm water from mid-depth. In this way, sea ice contributes to the ocean's global "conveyor belt" circulation. When the ice melts in the summer, it releases nutrients into the water, stimulating the growth of phytoplankton, the center of the marine food web. 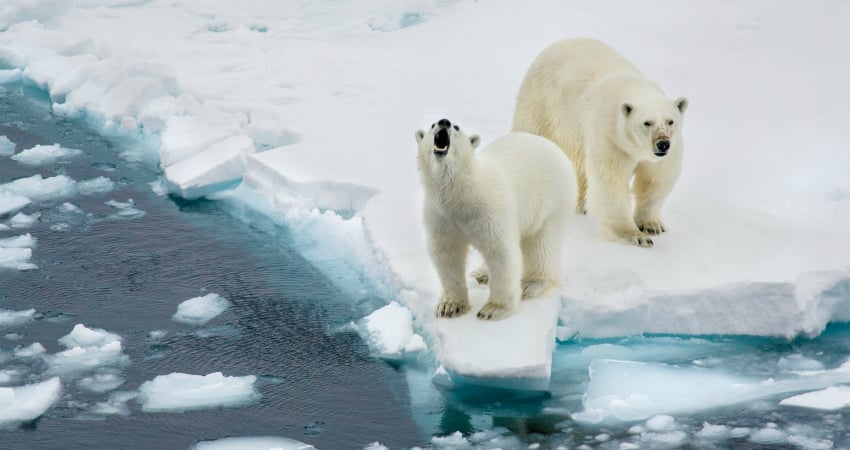 Sea ice has high albedo – its white surface reflects far more sunlight than dark ocean water does. When the dark winter nights return, sea ice expands again. Areas covered by ice can remain relatively cool, thus keeping the polar climate stable. If too much ice melts during the summer, the sun-warmed water will only add to the process, and the fragile cycle can turn towards global warming.

Last but not least, the ice itself is a habitat for animals such as seals, Arctic foxes, polar bears, and penguins.

Sea ice in the Arctic and Antarctica

In Antarctica, sea ice cover is highly seasonal, with very little ice in the austral summer, expanding to an area roughly equal to that of Antarctica in winter. On average, Antarctic sea ice is younger, thinner, warmer, saltier, and more mobile than Arctic sea ice.

Because there is no landmass at the North Pole, sea ice extends all the way up north. It generally reaches maximum coverage in March and its minimum extent each September. Arctic sea ice is mostly multi-year and several meters thick. When traveling to the North Pole, it is crucial to have a vessel that can break ice efficiently, like our nuclear-powered icebreaker . 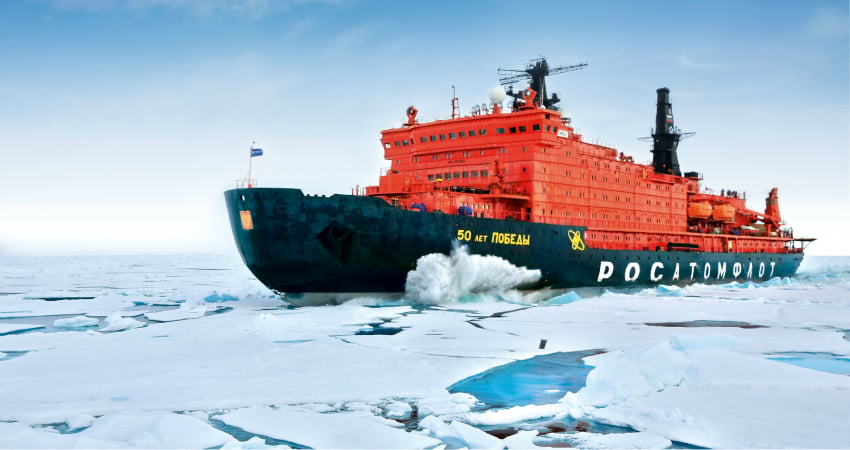 Even the best photographs only offer a glimpse of the endless ice expanses in the fragile ecosystems of the Arctic and Antarctica. Our experienced of guides, scientists and glaciologists would be happy to share their knowledge and passion for the defying polar element – ice. 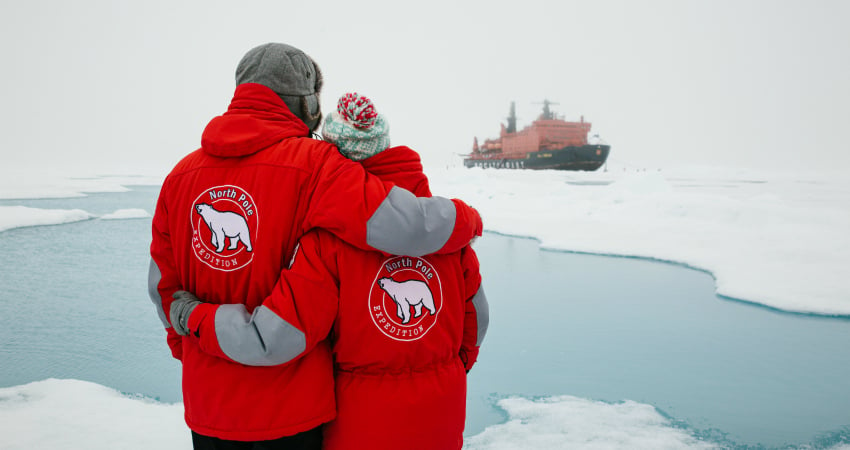 How to Choose the Perfect Travel Companion for the Polar Regions