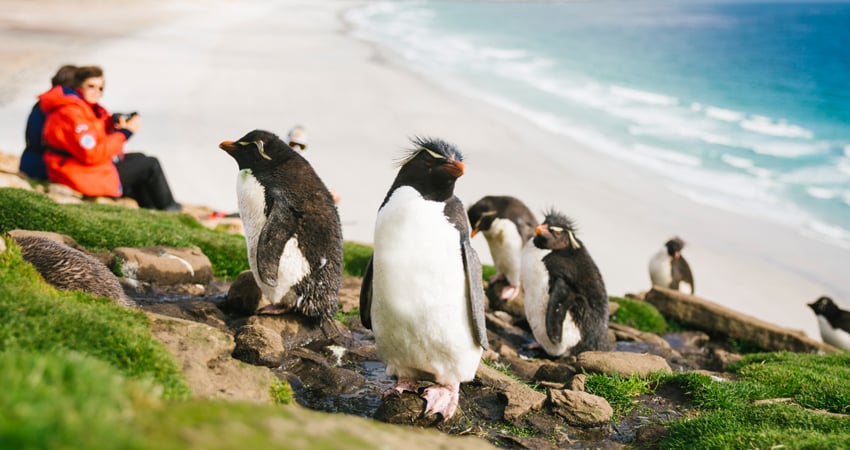 Antarctic region is a pristine polar wilderness featuring abundant wildlife.
Watch our webinar devoted to Antarctic animals and become an Antarctic wildlife expert! Our experienced and knowledgeable expedition leader with 20 years of polar experience Anja Erdmann-Rutten shares with you the most amazing facts about penguins, seals, whales and albatrosses.⁣ 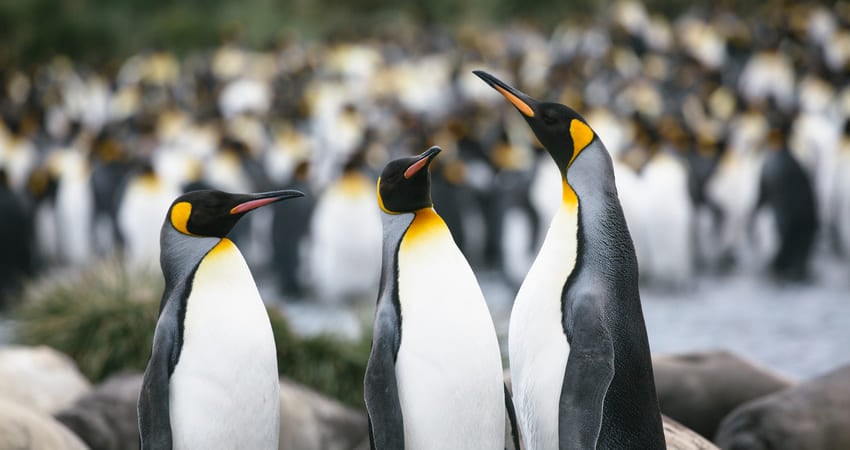 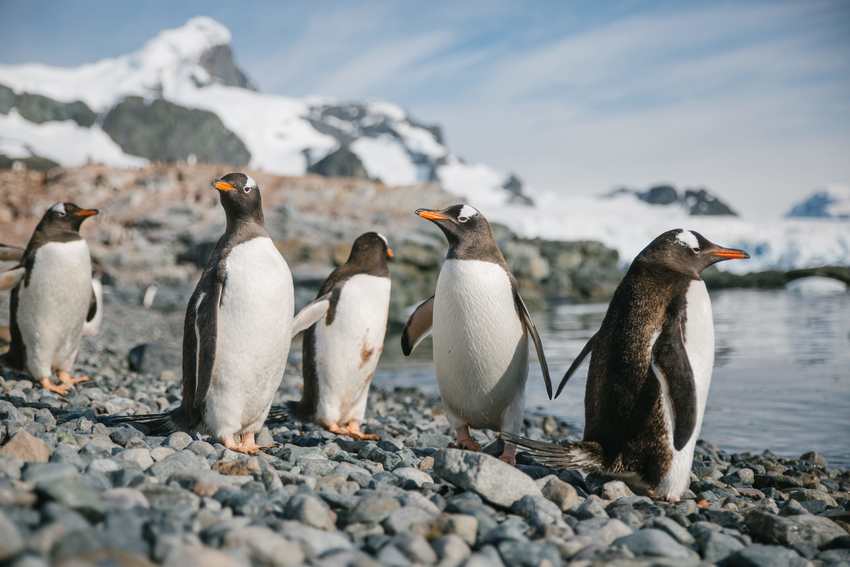 Penguins of the Antarctic Peninsula

Penguins are the animals most famously associated with Antarctica. They are also one of the most distinctive and beloved of all bird families. They endear themselves to us with their stylish black-and-white coloration, adorable waddling gait, and comical gesticulations of their flightless wings. Visitors to Antarctica will surely find many reasons to love these amazing seabirds during countless penguin encounters. Most commonly seen around the Antarctic Peninsula are the three closely related penguins of the genus Pygoscelis, collectively known as the "brush-tailed penguins".

7 Reasons Why Longer Antarctica Trips are a Must 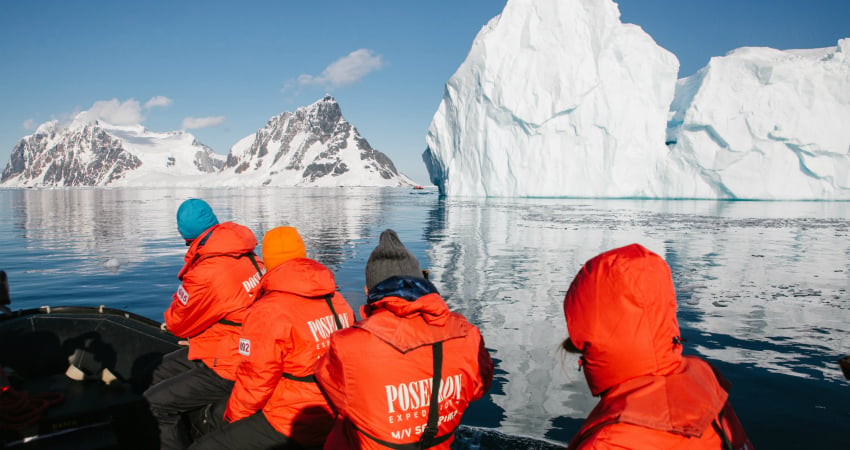 [P]When planning a trip to Antarctica, you will quickly discover that there are several itineraries to choose from - simple to the Antarctic Peninsula and back route as well as longer more complex trips, including South Georgia and the Falklands Islands. We've put together a list of reasons to opt for the second type of Antarctic voyage - and seeing the amazing destinations that the Southern and South Atlantic Oceans have to offer. Be sure to take your time and discover all of the wonders the subantarctic region has to offer! 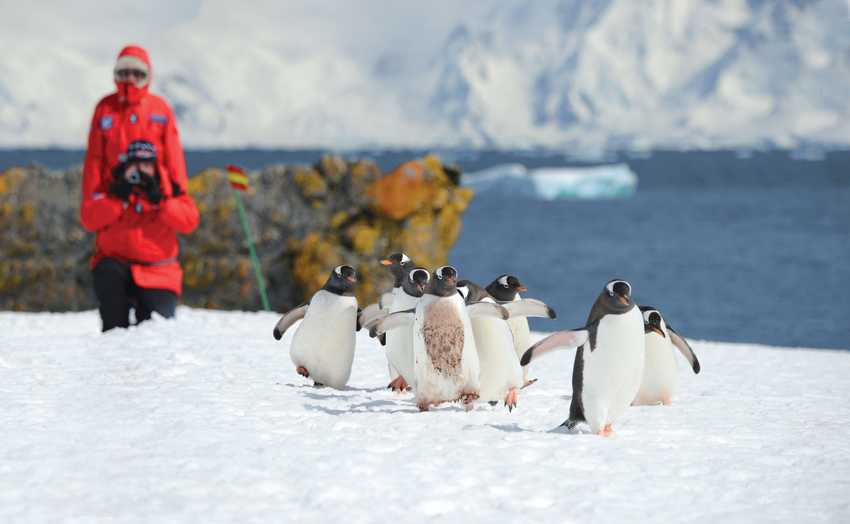 From icy castles of the Antarctic Peninsula to nimble penguins of South Georgia, the White Continent is worth the time and effort to get here. The remote wilderness of Antarctica rewards intrepid travelers with vast landscapes, cascading glaciers and towering icebergs. This is perfect the place for intimate encounters with the charismatic wildlife, thriving in the seemingly lifeless polar world.

An Audience with Kings in South Georgia

How to Have a Perfect Penguin Encounter

A hundred thousand glossy penguin bodies riding the surf onto a broad beach, crowding onto a vast green plain, wading across turquoise rivers and climbing into grassy hills with glaciers and snowy peaks all around—your first sight of a king penguin colony is an experience never to be forgotten. In contrast with the sleek plumage of the adults, countless shaggy brown balls of fluff represent the next generation in the long line of kings in South Georgia. The hustle and bustle of this most peculiar royal court can be overwhelming at first, but a little information and guidance will help you have a satisfying and respectful encounter with these regal birds and their adorable chicks on your South Georgia cruise.

Kings of the Southern Ocean: 9 Delightful Facts About the King Penguin

Generous, athletic, caring, and gregarious — with all their charms, it's no wonder King Penguins often serve as the quintessential image of the black and white bird.

These dapper, distinguished birds are much more than feature film fodder, though and boast some pretty impressive features.

In no particular order, here are our nine favorite facts about the King Penguin:

Photograph the white penguin and the champagne will be on us!

After reports surfaced from Antarctica a few years ago when an expedition ship passenger photographed a chinstrap penguin with a rare genetic abnormality – isabellinism – our Sea Spirit expedition team has kept their collective eyes peeled for such a unique specimen.

Sometimes confused with albinism, which is an animal’s inability to produce melanin, isabellinism happens when normally black, grey or dark brown feathers appear greyish-yellow or pale brown. This condition isn’t restricted to a particular breed of bird; it has been noted in 12 of the 17 species of penguin, including the Adélie, gentoo and chinstrap in the Antarctic Peninsula and South Shetland Islands.

Travelers from all corners of the globe trek to the shores of Antarctica in search of remote landscapes, . The latter's vast waddling populations are incredible to see, with the gentoo penguins outnumbering them all.