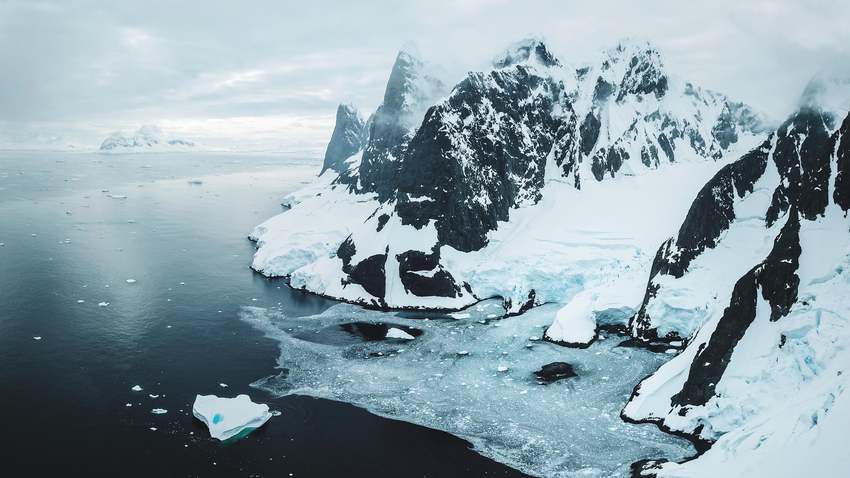 Largely undiscovered and untouched by tourism, this inhospitable continent attracts only the bravest and hardiest of travelers. However, the lucky few that make it to Antarctica are in for one of the most unforgettable trips of a lifetime.

In this article, we’ll take a look at 7 of the coolest things you can strike off your bucket list by visiting Antarctica, and hopefully we’ll give you a better idea of how to plan your trip to the White Continent!

In , you could be forgiven for thinking that you never get to see the sun, after all it’s pretty cold! However, that’s not the case. And two years from now, there’s an unforgettable event that you’ll only have one chance to see! In early December 2021, there will be a solar eclipse over Antarctica, and it just so happens that Poseidon Expeditions are offering you the chance to observe it from one of their incredible cruises. Not only will you observe the eclipse, but an on-board speaker will be there to talk you through the eclipse. This isn’t just anyone though – guide Paul Sutter has a PhD in astrophysics and hosts the “Ask the Spaceman” podcast. It really will be an unforgettable bucket list experience!

If you feel like the boat is doing all the hard work while you’re on an Antarctic cruise, there is another option. Sea kayaking is the perfect opportunity to gain another unique perspective on Antarctica and is one of the most popular activities that Poseidon Expeditions offer. Although there are areas of Antarctica where seas are rough, you won’t be kayaking anywhere near them. Instead, you’ll have calm and almost idyllic locations. So, don’t worry it’s perfectly safe! 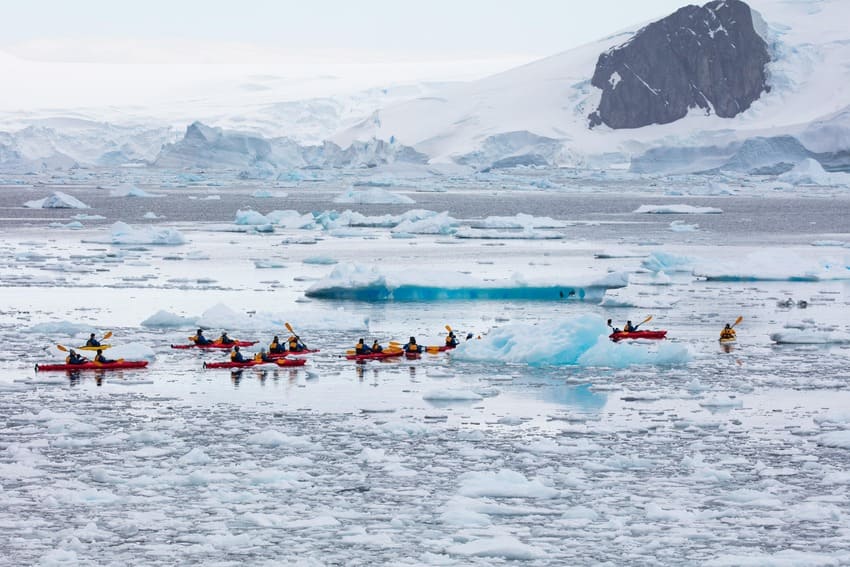 The great part of the wildlife adventure is that while you’ll set foot on Antarctica, you’ll stop off at some other incredible places too, including the Falkland Islands and South Georgia. The Falkland Islands are one of the world’s best spots to observe seabirds – 80% of the world’s black browed albatrosses call these islands home! It’s not all about birds though, you’ll also spot seals, sea lions, whales, and dolphins off the Falklands. The same can be said for South Georgia. Because it’s practically untouched by humans, wildlife thrives here. You can even observe how the largest bird in the world, the marine albatross, breeds. Just don’t get too close to those elephant seals! Last of all is Antarctica itself. And no trip to Antarctica is complete without observing the behaviour of one of the world’s most lovable birds – the penguin! 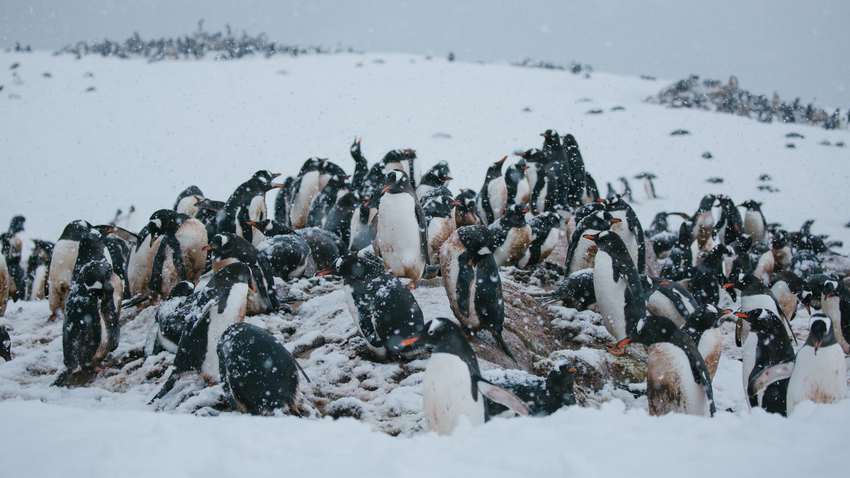 Get some of the most astounding photos you’ve ever taken

It’s likely that your internal camera will be constantly snapping photos during your trip and you’ll have many unforgettable images stored in your mind. However, the chances are that many of your friends and family may never make the trip to Antarctica. So, why not take a few photos during your trip to show them once you return? It’s also a great place to learn about photography if you’re just a beginner. Bring a camera and use the light to get that perfect shot. There are plenty of landscapes, and even some curious wildlife, that will make a stunning focal point for your photo. You’ll be inspired every hour by the place – just make sure that you bring a spare memory card or two! 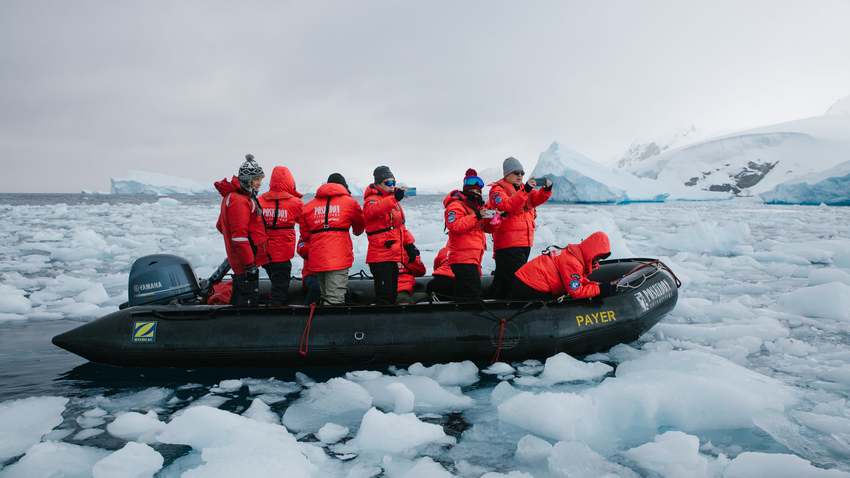 Be awestruck by the landscapes

Antarctica is often called the land of snow and ice (no, that’s not a Game of Thrones novel), and it’s not hard to see why. The dramatic landscapes of the white continent are incredible for so many reasons. In fact, the average altitude of Antarctica is 2,300 metres, which is remarkably high when you consider it next to other inhabited continents! Ice shelves stretch out for miles, mountains brush against the blue skies, and natural ice arches point the way of the ship. It’s absolutely beautiful! 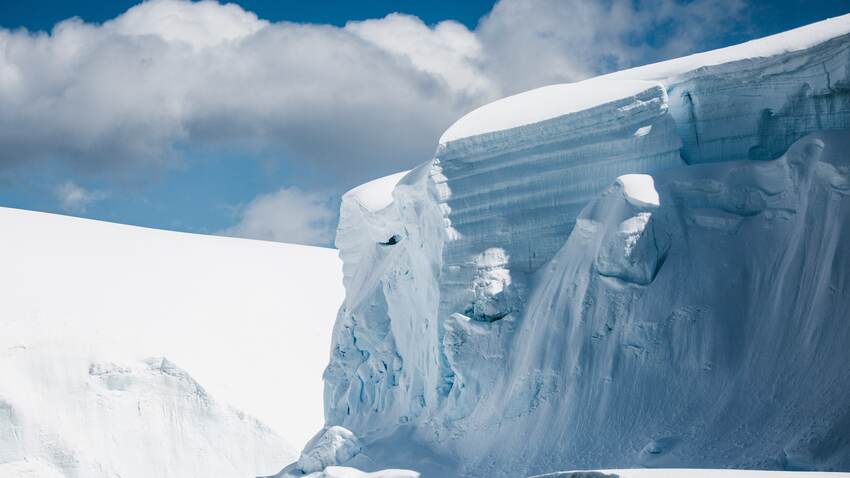 Camp in one of the world’s most inhospitable locations

No, we’re not talking about Glastonbury Festival in 10 feet of mud. Most people would baulk at the idea of camping on the world’s coldest continent, but you only live once! There’s more reason to do it than just bragging rights though, even though you’ll definitely be telling your friends about this forever. Camping in Antarctica gives the opportunity to completely immerse yourself into the wilderness. You’ll never have spent a night in such peace and quiet. You’ll be able to get that perfect photo from playing with the light. Or, you’ll be able to just lie back and totally disconnect from the world for a little bit. Whatever your reason for camping in Antarctica is, your bed aboard the ship will never feel as comfortable and warm the night after! 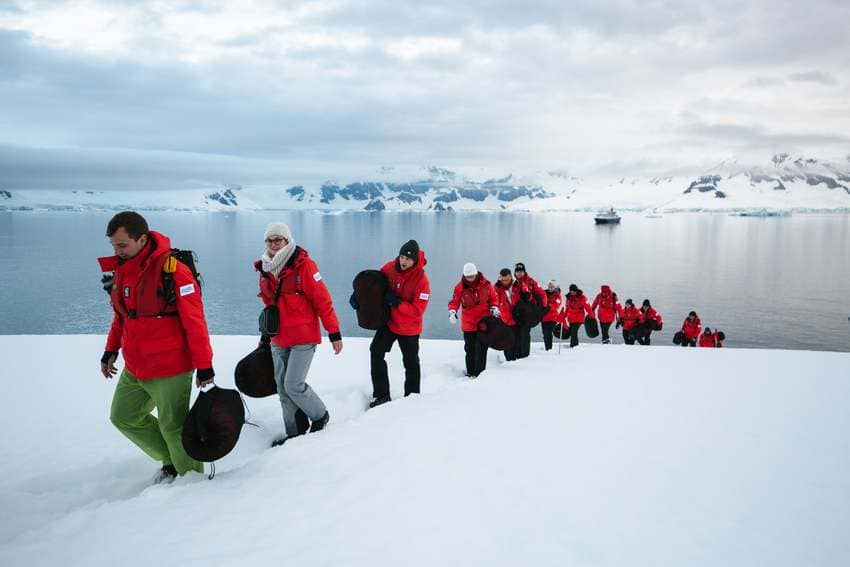 So, the ship’s captain isn’t likely to let you wander off on your own in search of the South Pole, but know that by having visited Antarctica, you’ll be part of a very exclusive club. Taking your first steps onto the White Continent, you’ll be following in the footsteps of the likes of James Clark Ross, Roald Amundsen, and more recently, Sir Ranulph Fiennes.

So, now that you’re filling your backpack with plenty of layers…

That concludes our list of 7 things you can strike off your bucket list by visiting Antarctica. We hope that from reading our post, you have a better idea of how to spend your time on Earth most sparsely populated continent. For more guides and tips on your next destination check out .
Views: 15661
Add Comment

How to Kayak with Whales

5 reasons Why Reindeer in the Arctic are the coolest animals!