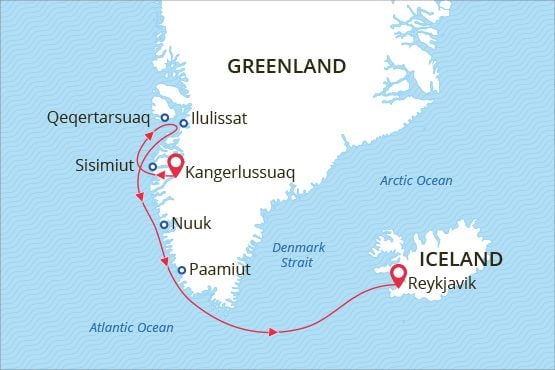 Welcome to the Land of Vikings 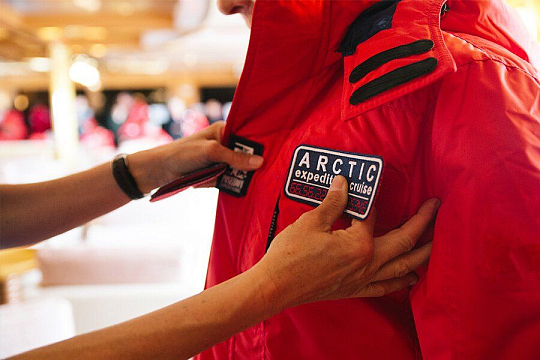 The town of Kangerlussuaq is more or less only the airport. Though the Greenland ice cap “knocking at the door” of the town and colourful houses make it a special place.

In the afternoon we welcome you aboard the luxury expedition ship M/V Sea Spirit. Explore the ship and get comfortable in your home away from home for the extraordinary adventure to come. Savor the anticipation of your Arctic dreams coming true as we slip our moorings and sail out of the picturesque fjord. 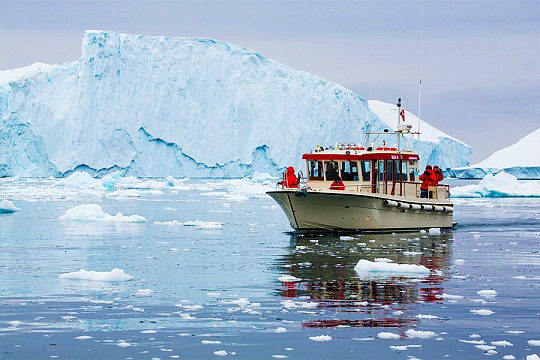 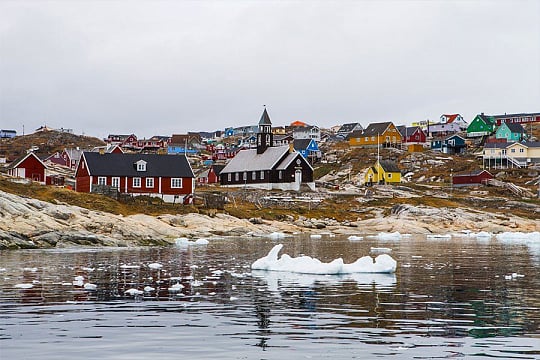 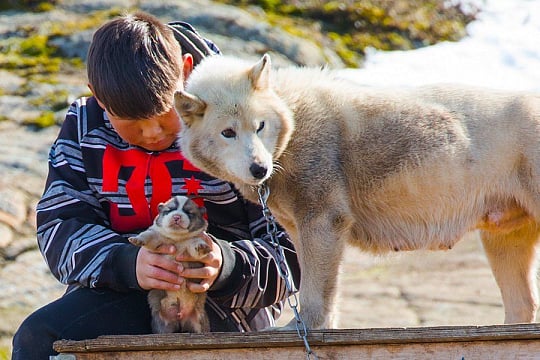 Though settlements abound in this part of Greenland, unpredictable weather and dearth of docking facilities nevertheless make this a real expedition. As such, our route and exploration opportunities along this coast are heavily dependent on the weather and ice conditions we encounter. Our experienced captain and expedition leader decide the itinerary and continually adjust plans as conditions and opportunities warrant. You can be sure that the best possible advantage will be taken of the circumstances presented to us by Nature in this wild and remote region. Possible sites of exploration include:

Qeqertarsuaq — Located on volcanic Disko Island, the small town of Qeqertarsuaq enjoys views of basaltic mountains and the huge icebergs of Disko Bay. Founded in 1773 as a whaling station, Qeqertarsuaq is one of the oldest towns in Greenland. Cultural attractions include a distinctive octagonal church called the «Lord’s Ink Pot».

Ilulissat — Formerly called Jakobshavn, the town of Ilulissat is best known for unbelievable quantities of icebergs issuing from the nearby Ilulissat Icefjord, into which one of the world’s fastest moving and most active glaciers calves 46 cubic kilometers of ice annually. Attractions in town include the Inuit Art Museum, which contains a large collection of paintings by Greenlandic, Faroese, and Danish artists.

Sisimiut — Located north of the Arctic Circle, the second-largest town in Greenland boasts a youthful, urban vibe and is also is known for adventure sports, especially dog sledding. The Sisimiut Museum offers insight into the local culture and a history of human habitation dating back 4,500 years.

Nuuk — Also known as Godthåb, Nuuk is the capital and largest city of Greenland. It has a population of over 16,000, making it one of the smallest capital cities in the world by population. It is also the world’s northernmost capital, located only a few kilometers further north than Reykjavík. The famous Qilakitsoq mummies can be seen at the Greenlandic National Museum.

Qaqortoq — Formerly called Julianehåb, the town of Qaqortoq is the most populous town in southern Greenland. Colorful historical buildings, such as the former blacksmith shop that now houses the Qaqortoq Museum, reflect the town’s Danish colonial past. Greenland’s oldest fountain and numerous stone sculptures can be found around town.

Hvalsey — The island of Hvalsey is the site of Greenland’s largest and best-preserved Norse ruins. According to the Icelandic Book of Settlements, the farmstead was established in the late 10th century by Erik the Red’s uncle, Thorkell Farserkur. Most impressive among the remains are the walls of an exceptionally well-built stone church.

After our amazing time in West Greenland we head toward Iceland. Presentations and workshops by our expert staff, as well as our range of onboard recreation facilities, ensure that these days at sea are not idly spent. Seabird viewing and whale sightings can be enjoyed from panoramic open decks as well as exterior stateroom windows and balconies. 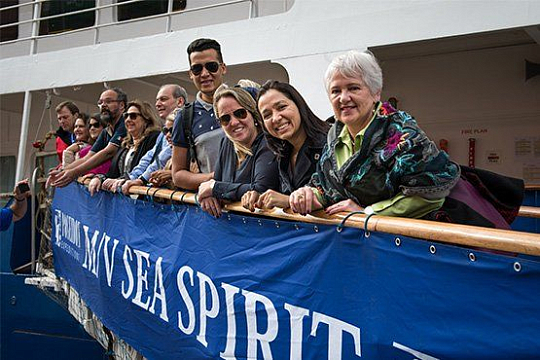 After breakfast we say farewell in Reykjavík, the capital of Iceland and ending point of our expedition. We provide a transfer to the international airport or to the city center if you wish to spend another day or more in Iceland before flying home. From Reykjavík the entire country is accessible through day tours or longer journeys by rental car. The options for additional adventures are endless!

Joanna has worked extensively with Indigenous women in the Arctic and has a passion for the North. She has a strong interest in women in polar history and is the author of “The Polar Adventures of a Rich American Dame A Life of Louise Arner Boyd" (Dundurn Press, 2017) and editor of "Gender, Culture and Northern Fisheries" (Canadian Circumpolar Institute, 2009). She is a Fellow of the Royal Geographical Society and a Member of the Society of Woman Geographers. 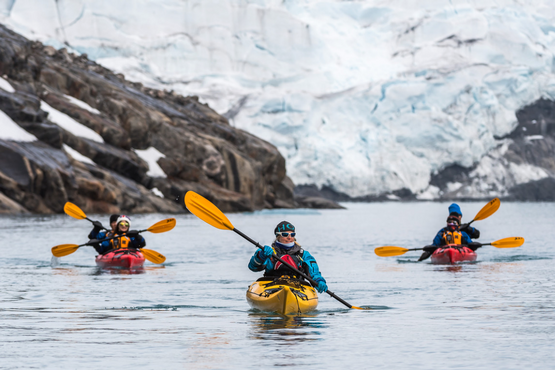 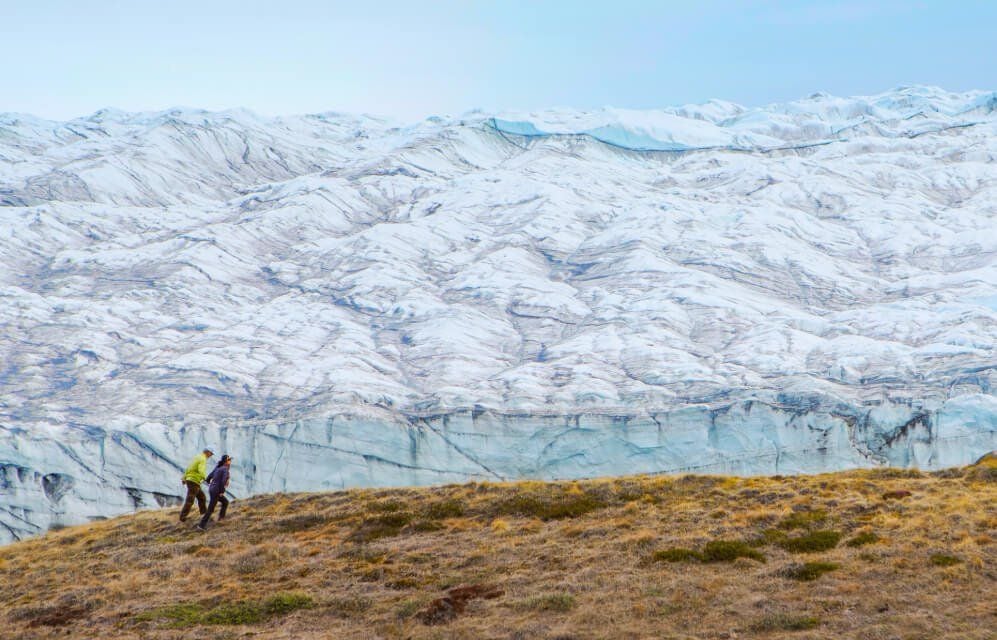 Book the cruise and get 1-day tour to Greenland Ice Cap for free.

From the settlement Kangerlussuaq, we drive on the longest road in Greenland towards the Greenlandic Ice Sheet.
This enormous Ice Sheet stretches 2,500 kilometers from North to South and nearly 1,000 kilometers from East to West at the widest part of the country. The tallest point of the Ice Cap is 3,200 meters above sea level.

We drive in big off-road trucks on this unpaved road through a wide variety of the most beautiful natural scenery from Arctic desert to tundra with low growing shrubs and through hilly terrain with a grand view of the edge of the Ice Cap. There are also good chances to see wildlife on this excursion. We make some photo stops on the way.

Our final goal is a stop with the most magnificent view of the Ice Cap. Here we will have time to enjoy the unspoiled tundra vegetation and walk to the waterfall and then down to the river just app. 100 meter from the massive ice wall.

The driving time is app. 1½ hours each way, the excursion 4 hours in all and includes lunch.

Commercial Whaling in the Arctic is reported to have begun in the 1730’s, as Dutch and English explorers...