The human understanding of science is generally centered on the concepts of light and generation, as photosynthesis encapsulates a basic principle of life as we know it. Consider, however, the Arctic regions of earth, where the absence of light defines the landscape for months at a time. Any present light is cascaded through an uncountable number of prisms and orbs, creating our ability to see snow, ice, clouds, and water. This process also creates a ‘mirror’, protecting the Arctic’s underwater ecosystem from light. Under the ice and snow of the Arctic, live sea creatures that survive mostly due to the protection from light, more than the presence of it.

If you thought the Arctic was an area unlikely to be invaded, consider the freezing waters below this region. Unfortunately, as humans continue to heat the planet, the barrier that protects the underwater life of the Arctic is slowly melting away. In a very real sense, humans are breaking down the wall that protects the Arctic ecosystem. Every year, more ice melts, more quickly, from the large ice shelves that create the structures we call ‘land’ and glaciers. This process is exposing underwater life to sun for more prolonged periods of time each year, and the ecosystem is responding with invasive, naturalistic characteristics. 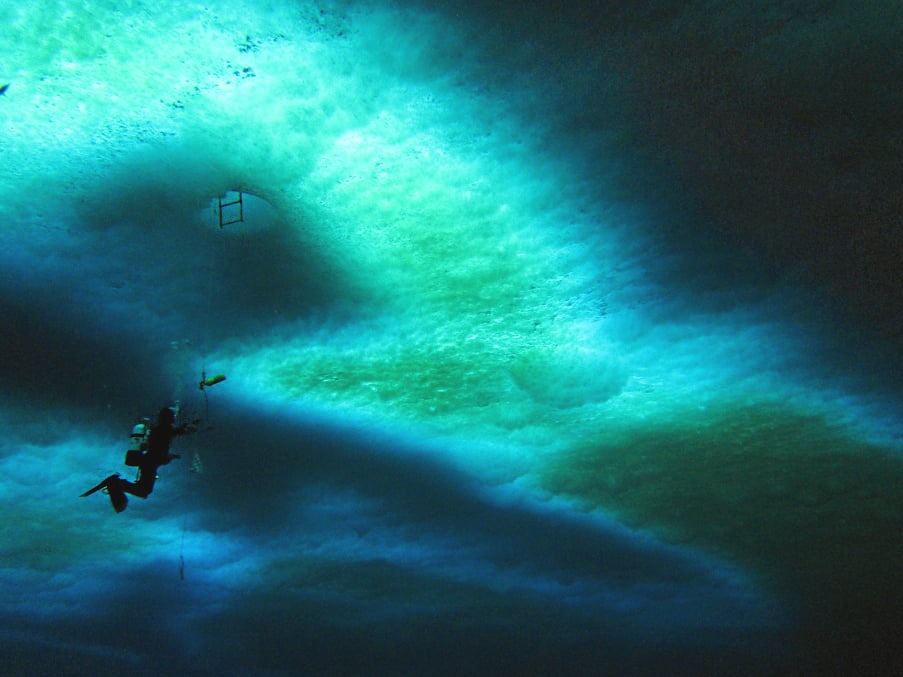 Arctic Algae, which serves unique and important purposes under the ice, regenerates based on its exposure to light. An increase in the amount of light compounds the increase of algae produced. So, as more light hits these once unexposed waters for a longer time, the algae replicates and regenerates itself faster, spreading uncontrollably. In fact, scientific research has proven the invasive capacity of arctic seaweed algae to breach ecosystem environments that were home to other invertebrate creatures. Algae, in this case, takes on the form of a weed, a seaweed that destroys the inhabitable ecosystem around it.

This increase in seaweed is directly related to human’s warming the earth, and while an algae takeover of the oceans, at large, is not perilously near; the problem could advance more quickly than people might think. If human warming is not controlled, the best case scenario is a significant decrease in arctic invertebrate regeneration due to algae takeover; and a worst case scenario includes an overflow of invasive algae and arctic invertebrates into the ocean water of the Northern fish population, and more. This problem compounds itself exponentially every thawing season, in both hemispheres, and is, at the very least, symptomatic of much larger problems.